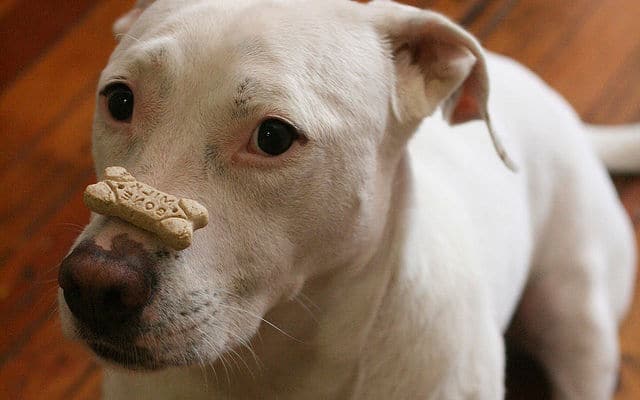 With much of the U.S. becoming more lax on its policies towards marijuana, some manufacturers of pet treats are cashing in.

A new wave of biscuits and capsules are being advertised as a natural solution to help senior and ailing dogs suffering from certain ailments. But don’t worry, the purpose of these treats isn’t to get your dog high.

“The cannabis plant has many compounds in it,” Matthew J. Cote, brand manager at manufacturer Auntie Dolores, the company behind pet-food line Treatibles, told ABC News.  “Most people breed cannabis for the euphoric experience of THC. But they’ve been overlooking cannabidiol — commonly known as CBD — which is non-psychoactive.”

The company decided to make the leap into CBD dog treats after it had read about studies occurring in Israel that found the substance helped with pain management, epilepsy and inflammation, according to the outlet.

And for some, the results have been pretty amazing.

“What we’ve seen is that some of these dogs respond very rapidly,” Cote told ABC News. “One woman from Fort Bragg was ready to put down her dog due to how sick and in pain he was, but the day before he was scheduled to go under, she administered our treats and just like that the dog was up, walking around and acting normally again.”

Other companies have shared similar stories.

But this doesn’t mean the FDA is on board. The government agency is cracking down on companies that are making medical claims in their advertisements, as they still believe there still needs to be more research.

This new interest in putting cannabis substance in dog treats comes after the U.S. as loosened its policies on marijuana usage for humans. Currently, there are 23 states that have legalized pot for medical reasons and four states along with Washington D.C that allow the plant to be used for recreational use.