Saving a dog from a life lived on the streets isn’t easy. The animal often has trust issues, as she may have suffered horrendous abuse, been taunted, neglected or ignored.

So, when Los Angeles-based Hope For Paws heard about a three-month-old puppy living behind a dumpster, they thought it would be a “piece of cake” to rescue her, as she had yet to be hardened from the life of a homeless animal. They were wrong. 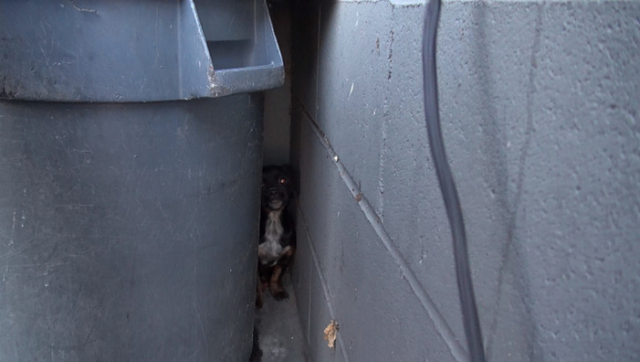 Now named Ginnie, the dog was petrified of humans — most likely because she never had contact with people. She barked, growled and snarled at Hope For Paws founder Eldad Hagar, along with volunteer Lisa Chiarelli. 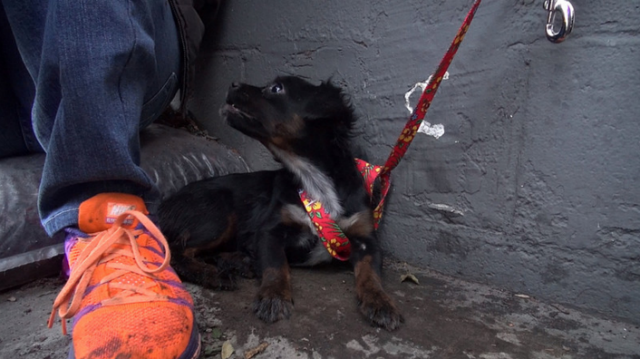 Related: Dog That Lived Under a Car for 7 Months, Finally Gets Rescued

The pair decided to give her a little breathing room and before attempting to rescue Ginnie again, reassessed the environment, making sure the scared puppy couldn’t escape. After finally getting the leash on her, the dog was still terrified.

“Ginnie freaked out… she cried, screamed, peed out of fear, and I was amazed that none of the neighbors around didn’t even bother to look out the window to see what’s happening to the animal that was clearly in distress,” Hagar says on his Flickr account.

Fortunately, Hagar and Chiarelli had their go-to Disney blankets and wrapped Ginnie up in it to make her feel safe and warm. 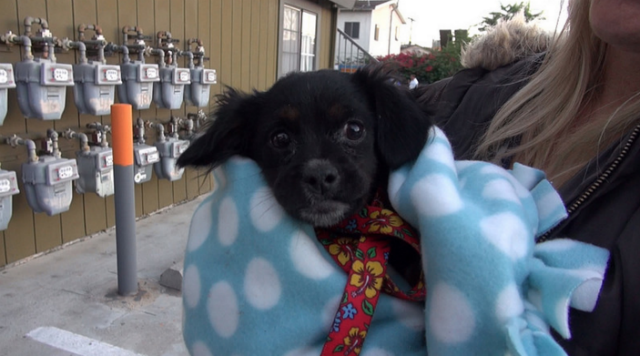 They brought her to the vet to begin the bonding process and get the puppy on her way to recovery. A volunteer named Stephanie, known for her calming abilities, stepped in to give them a helping hand. 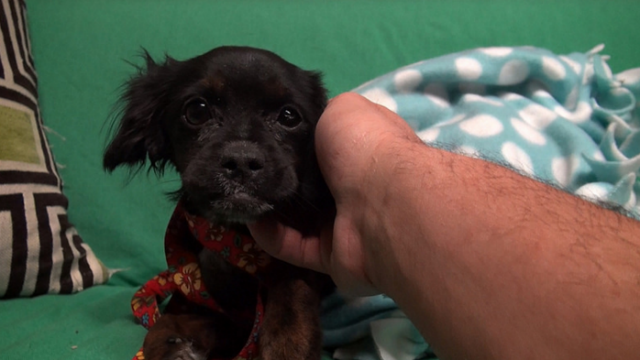 “Stephanie held little Ginnie like a baby, and Ginnie was just too tired to fight, and it was a good thing… it gave us an opportunity to work with her,” Hagar says. 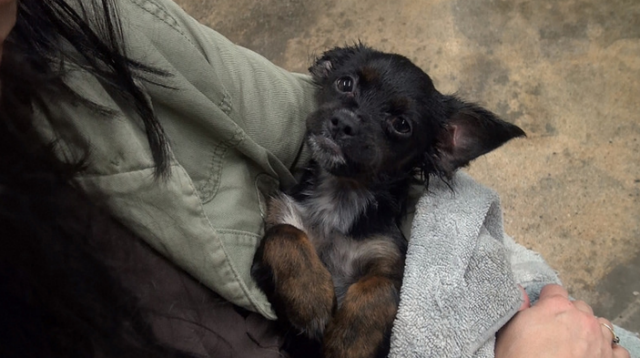 Related: How a Rescue Helped Transform a Golden Retriever From Frightened Dog to Happy Pup

After Hope For Paws was finished with the medial part, Ginnie went to rescue organization Doggies 911, where she is currently being fostered by the trainer, Masumi Hara. While she is still timid, she is improving everyday but she still has a long way to go. 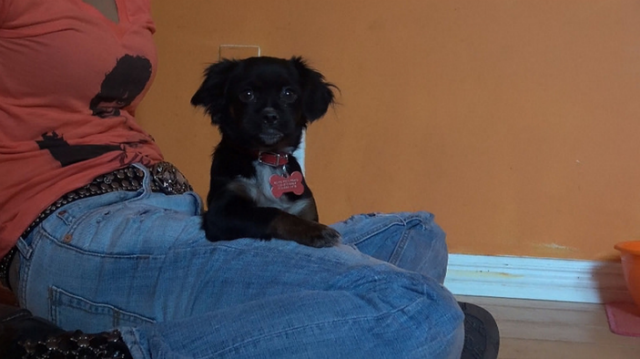 If you are in the Los Angeles area and interested in hearing more about Ginnnie, head over to Doggies 911.

One comment on “Petrified Puppy Living Behind Dumpster Is Finally Safe”