One Year Later: Abused Pit Bull Caitlyn Found With Electrical Tape Around Her Muzzle Is Thriving

It has been a year since a dog named Caitlyn was discovered on Memorial Day weekend with electrical tape wrapped around her muzzle so tightly veterinarians thought she would lose her tongue. Now, she has not only become the poster dog for abuse but is also thriving.

“She has such a life,” Charleston Animal Society spokesperson Kay Hyman told WYFF. 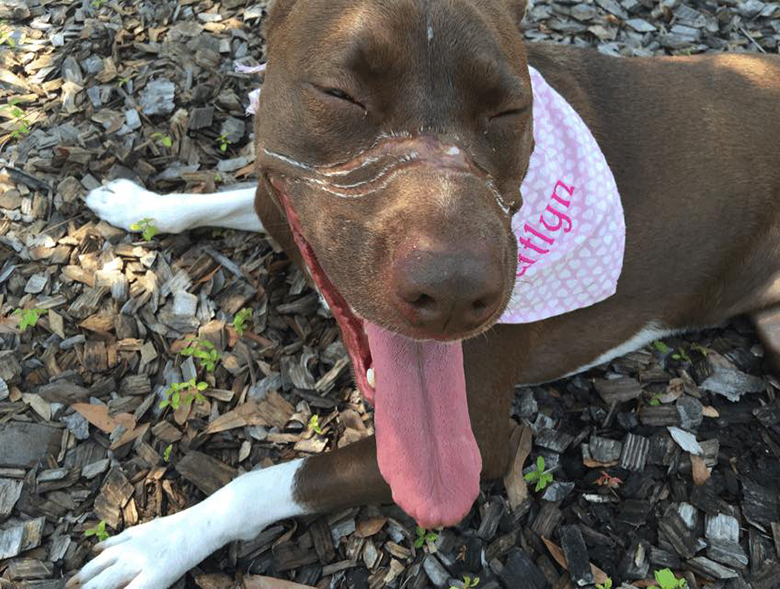 Still with the original foster family who took her in, Caitlyn and her foster sister Oreo protect the two son’s room — both sleeping in each boy’s bed.

Related: Award Increased to $6,000 to Find the Culprit of Horrific Dog Abuse

She has also become quite the runner, running alongside her mom and having worked up to 6.5 miles, the outlet reports.

While she is physically healing, her emotional wounds still have a ways to go. Caitlyn is still scared of some men and unknowns. To combat this, the family continues to work on socializing her to help build up trust and her confidence. Nonetheless, she has come so far from where she was the same time last year.

Having been a part of her North Charleston neighborhood in South Carolina, residents were shocked when, after about two days missing, she showed up at her ex-owners home with electrical tape around her muzzle so tightly the circulation to her tongue was cut off. The owners, who said they sold the dog to a man, had a neighbor call the police to report the incident. Soon,William Leonard Dodson was arrested and charged with animal abuse. He claims he taped her mouth shut, because she would not stop barking. 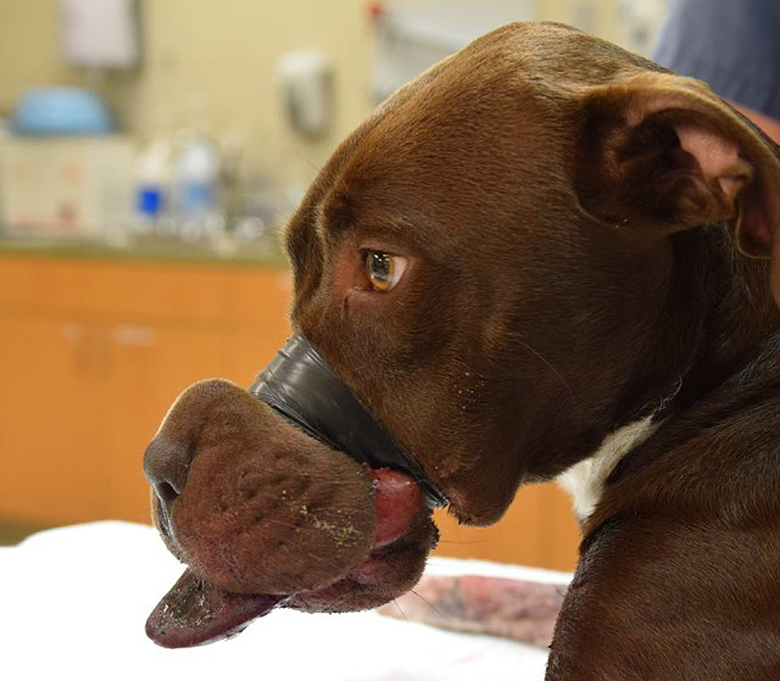 Related: The Only Thing Caitlyn Is Now Scared of Is Losing Her Toy

The horrendous act of abuse caught the attention of the media and dog lovers around the world, all outraged while also sending Caitlyn their well wishes.

Since that time, Caitlyn had had an amazing recovery, while also becoming a dog advocate for animal abuse. She has appeared in a calendar to raise fund for animals in need, was named People magazine’s “Survivor of the Year” and been the voice for the hundreds of voiceless. 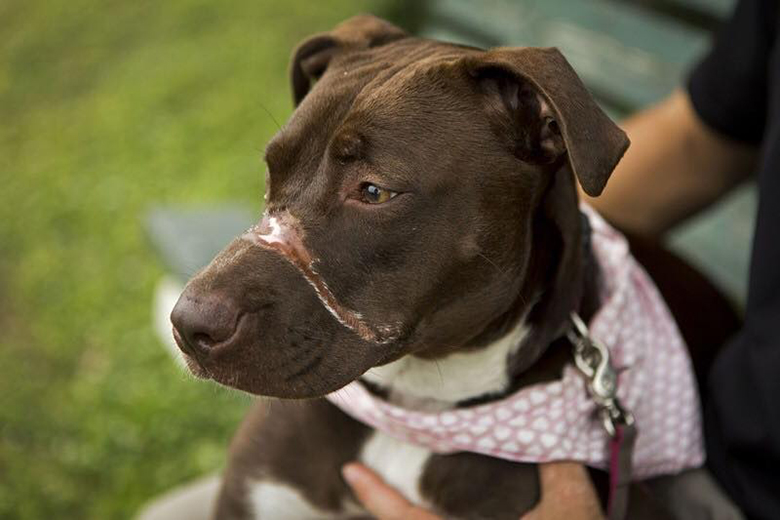 Hundreds of people have wanted to meet and adopt Caitlyn, including singer Rick Springfield and Food Network’s Alton Brown.

Her foster family plans on officially adopting Caitlyn in July after the court case against Dodson ends.