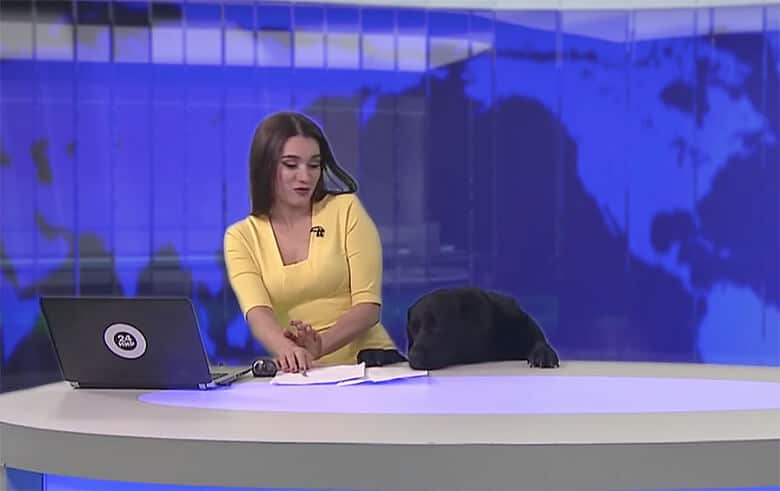 A newscaster got a little bit more than she bargained for when a dog decided to make an appearance on air.

During a segment on Russia’s Mir24 TV last week, anchorwoman Ilona Linarte was surprised when she heard a bark while she was doing the news report. 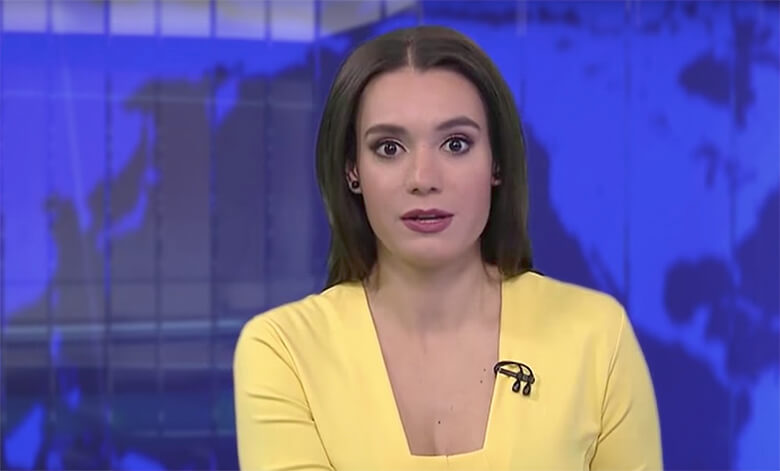 Shortly after, a black dog made his appearance alongside Linarte, putting his paws up on the desk. “I’ve got a dog here,” she said in Russian. “What is this dog doing in the studio?”

The pup belonged to a show guest, and apparently wanted to get his 15 minutes of fame, too. Despite his cuteness, Linarte wasn’t completely won over. “I actually prefer cats,” she told the audience. “I’m a cat lady.”

Check out the hilarious encounter below: