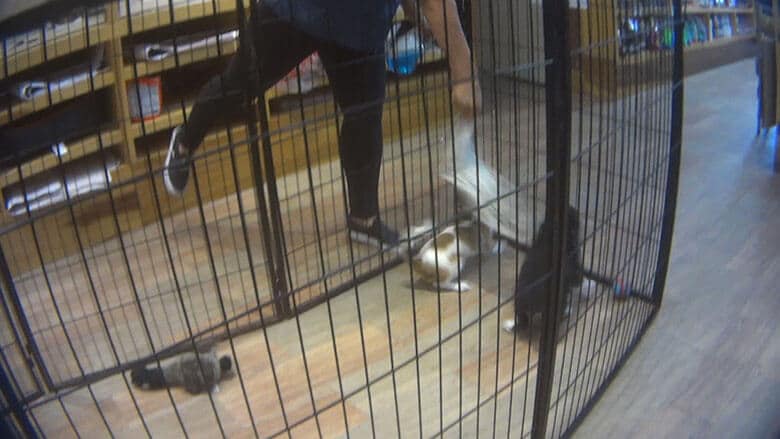 A New York City pet store that sells dogs upwards of $4,000 has come under fire for alleged abuse and neglect of its animals.

“From puppies with open surgical wounds on their bellies to a dog who could barely breathe because she was suffering from pneumonia, our investigator witnessed shocking disregard for the care these puppies need,” John Goodwin, senior director for The HSUS’ Stop Puppy Mills campaign, said in a statement.

An HSUS employee was hired by Chelsea Kennel Club as a vet tech this spring. From April 21 to June 28 she documented what she saw in a journal, while also wearing a body cam to record incidences.

Video footage released on Tuesday shows a pomeranian who could barely open its eyes because of conjunctivitis, an underweight French bulldog and another dog with a hernia.

“The  pomeranian was finally diagnosed and treated by the store’s veterinarian for conjunctivitis, but only after she had suffered for days in the store’s back room in apparent pain and without proper treatment,” the report states. “Our investigator went directly to the store owner during this time and asked if she could take the puppy to a veterinarian, but the store owner said she would wait.” 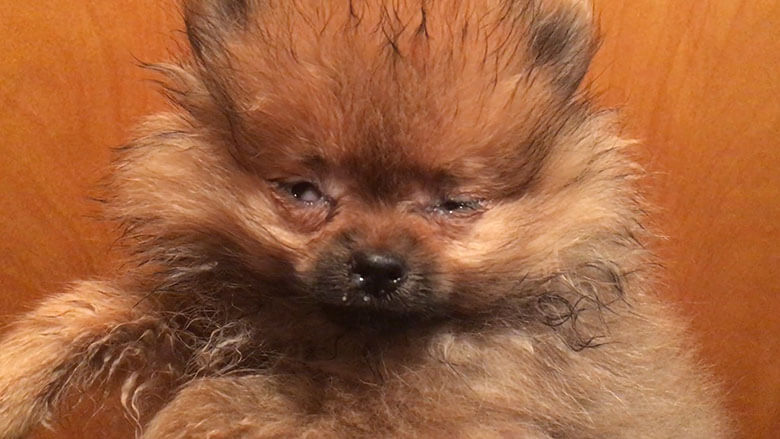 There was also a clip of a dog with a fever. Rather than take the puppy to the vet, the owner, Dana (Yardenna) Derraugh, told an employee to give him aspirin and a cold bath. The animals were also given cough medicine. 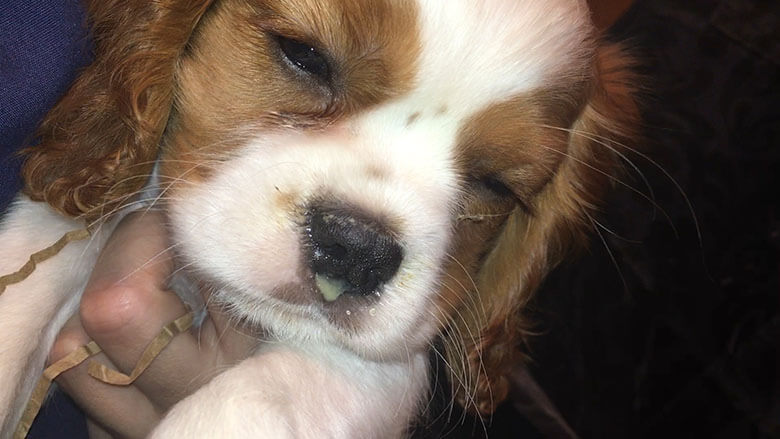 There was also disturbing footage of staff bullying the puppies. In one case, two puppies are in a gated area. After barking, an employee hits them with a towel, obviously scaring them – and possibly hurting them.

“When puppies are in the play pen on their play time they can sometimes fight and bite each other,” Derraugh tells This Dog’s Life. “We must respond quickly before they cause damage to each other. Snapping a towel startles them.” She does add what the employee did, though, was unacceptable.

There was another employee who held down a puppy, closing its muzzle with her hand, in what was a “dominance” technique at the store. The dog was yelping and crying. 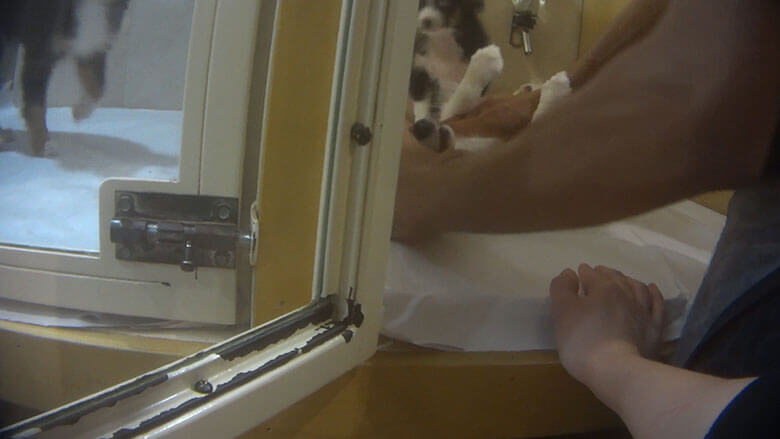 “The ‘ruff’ [sic] play looks ruff [sic] sometimes when you give the puppies their daily deworming medication,” says Derraugh. “They don’t like it. Any owner who has given their dog medication will relate.” Again, she added this sort of force will not be tolerated.

According to the investigation, it wasn’t just the puppies who suffered. HSUS had two undercover secret shoppers go in and to purchase two puppies. Unbeknownst to them, both dogs had been identified as sick or having behavioral issues by the undercover investigator. One had bitten its previous owner, causing the dog to be returned to the store. Employees did not reveal this history to the buyer.

Another puppy had a cough, which was described as “normal” or “typical” by two different salespeople. The buyer was told the cough began only a few days ago, but the undercover investigator said she was sick for weeks – and the cough wasn’t normal. After she went home, she was taken to a veterinarian, where she was diagnosed with bronchitis. When her condition didn’t improve, she was later diagnosed with pneumonia. Her new vet thinks she will have permanent scarring on her lungs.

From left to right- May 25, June 2, June 30. Indicates pneumonia in the lungs and how lungs are improving with proper medication. Image Credit: HSUS.

HSUS believes Chelsea Kennel Club broke the New York state law that says, “no pet dealer shall knowingly sell any animal that has a diagnosed congenital condition or contagious disease that adversely affects the health of the animal, without first informing the consumer, in writing, of such a condition.”

The investigator also filmed several consumers returning to the store after purchasing a puppy and stating their dog was sick.

“While the store did reimburse for some of the veterinary bills, which is required by New York state law under certain circumstances, they did not reimburse buyers whose puppies had bloody diarrhea or parasites, repeatedly telling buyers that it is normal for puppies to have parasites,” HSUS reports.

According to store owner Derraugh, the video does not depict Chelsea Kennel Club accurately. She says the video was spliced together to “make it look as if all the puppies in the store were sick. But that is simply not the case. Puppies do sometimes get sick, and when they do, we treat them/send them to the vet until they are well again,” she says.