PRESS ESC TO CLOSE
Dog Parents > Life With Your Dog > Meet the Trainer Drake, Carrie Underwood, and Kaley Cuoco Use — And What You Can Learn From Her 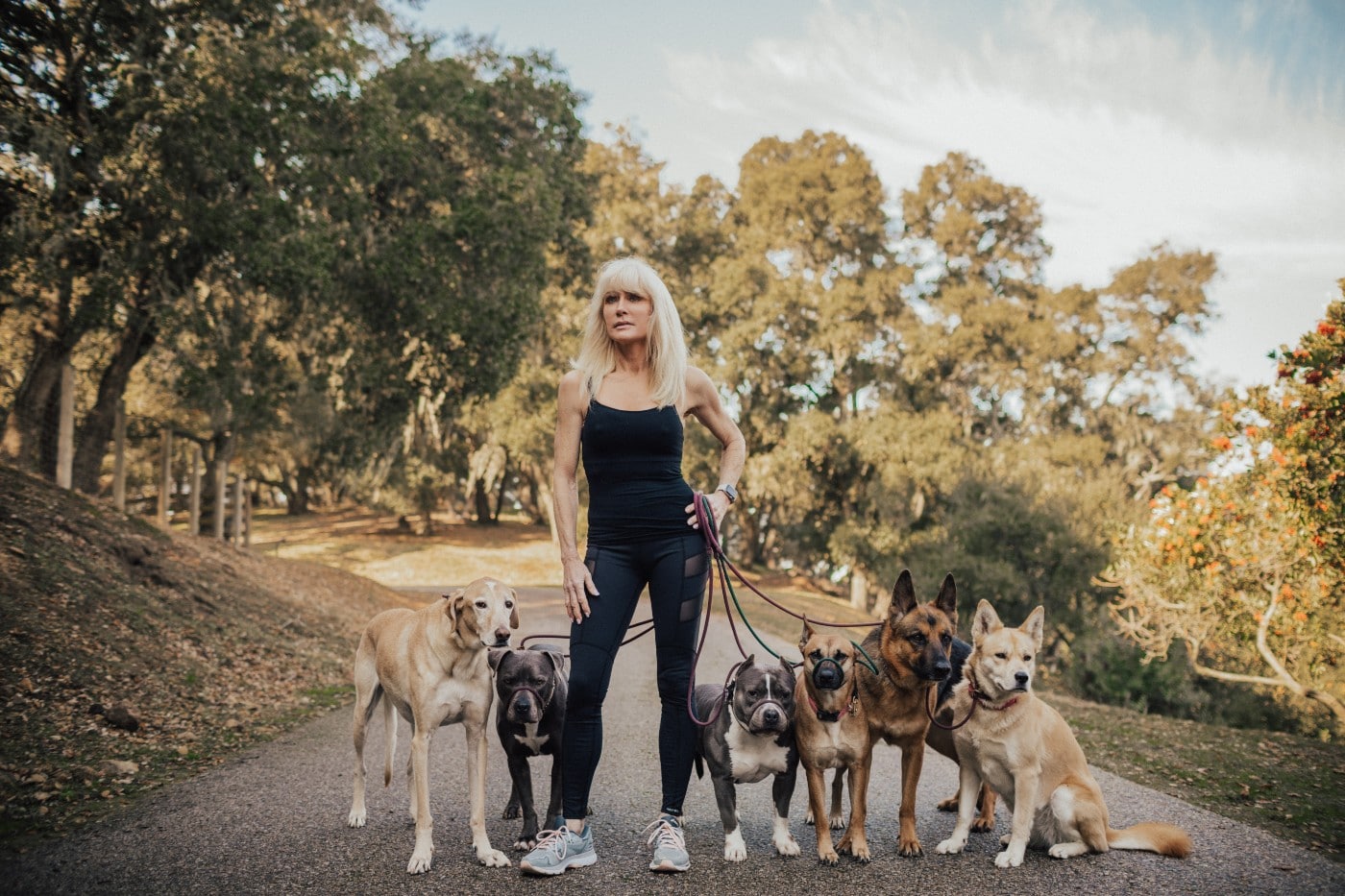 A lifelong animal lover, Cheri Lucas never imagined she would find herself training dogs, let alone dogs of celebs, but after a chance encounter with Cesar Milan, she is now a world-renowned master dog behaviorist and trainer with a mission to help humans everywhere improve their relationship with their pup.

“Sometimes adopted or purchased [dogs] from a breeder are brought into a home, it doesn’t work out, the dog either gets euthanized, rehomed, or sent to a shelter. And that’s what I want to stop,” Lucas tells This Dog’s Life.

Lucas’ animal welfare journey began when she founded her rescue organization, Second Chance at Love Humane Society, in 1994. She got her nonprofit status and was “rescuing dogs left and right.”

After a few years, she began getting dogs she couldn’t place in homes due to behavioral issues, such as fear, aggression or separation anxiety.

“I had no clue as to what to do. All of a sudden, I’m warehousing these dogs, and it was breaking my heart because I thought, ‘I didn’t do this. I didn’t get into rescue to put a dog away and live its life out there,’” Lucas says.

She was referred to Cesar Millan in 1999, years before Dog Whisperer aired. At the time, all she knew was that he was in the Los Angeles area and was “really good” with dogs.

Lucas called Millan and expressed how she was at a loss of what to do with the amount of behavioral issues all the dogs at her shelter had. Millan invited her to bring her most misbehaved dog to his facility that weekend.

Lucas took Millan up on his offer and drove four hours to L.A. When she arrived, she was greeted by roughly 40 dogs in a social group at the fence. To her surprise, none barked. They all just stared.

“He explained everything to me about why dogs behave the way they do and how western cultures in particular humanize dogs,” Lucas says. “As a result of humanizing our dogs, we kind of wreck our dogs, and then we don’t know how to resolve it because we’re applying human psychology to a species that isn’t human.”

“I knew enough by then that I was actually helping him rehab dogs for the show behind the scenes. I was in several episodes, but I also got dogs show ready,” Lucas says.

As Lucas learned more about dog training, her shelter manager at Second Chance at Love Humane Society contacted her explaining how owners were considering bringing dogs back after experiencing behavioral issues. Lucas’ shelter manager suggested she work with the dogs to resolve whatever issues they were having getting integrated into the home.

“I started doing that and keeping the dogs in their home,” Lucas says. “Then one day, Cesar said to me, ‘Why don’t you call yourself a trainer?’”

“It never crossed my mind. I didn’t even really think I wanted to do it, but now of course, I love it,” she says.

Lucas is the first of just three people mentored by Millan and has been successful making a name for herself since. When she initially became a trainer, she was introduced as Millan’s protege to those seeking his expertise, landing her many clients and referrals. Some of her clientele includes celebrities like Drake, Carrie Underwood and Kaley Cuoco.

“Carrie Underwood was adorable. She just wanted to do everything on her own, and she got it that most dog behavior issues are a result of a flawed relationship with the owner,” Lucas recalls of working with her. “She understood that, and she understood that she was inadvertently causing her dogs to be overly protective by little nuanced things that she was doing. She paid a lot of attention, and she was amazing.”

Besides working with celebs and being the right-hand woman to Millan (she’s been featured on his television programs Dog Whisperer with Cesar Millan and consultant on Leader of the Pack), Lucas has also been recognized for her work with the “Woman of the Year” award.

And what would an incredible trainer be without a signature training technique?

Lucas is referred to as “The Place Queen” by her students due to the simple fact that she absolutely loves and believes in place work. A place command teaches your dog to go to a designated area that he perceives as a safe space. This area is also a calm alternative to reactive behavior (e.g. barking when a guest arrives, jumping up on people, begging for food, etc.)

How to Teach Your Dog ‘Place’ Work

Puts on the brakes: Use a little bit more leash pressure to get him on.

Lucas says to avoid praising, rewarding and touching to keep your dog relaxed.

“I’m trying to create calm because if we have a calm dog, we have a good dog no matter what,” she says.

She suggests challenging your dog when teaching this exercise by leaving him at his place a little bit longer each time. That way, once your dog is fully conditioned, you can say “place” and he immediately goes to lay down on his board and stays there.

“It’s absolutely miraculous when you get this down with your dog and you have your dog fully conditioned on this exercise,” Lucas says. “You cannot believe the number of things you can do with this as part of is one of the tools in your toolkit.”

One of the main tenets Lucas covers in her training is that many owners correct their dogs by telling them “no” but don’t direct them to the desired behavior.

“Dogs are very simple creatures. Really, what they require more than anything is direction, structure and leadership, and that’s what’s lacking in the vast majority of people’s homes when they have dogs that have issues,” she says.

After decades of making an impact, Lucas shows no signs of stopping any time soon. She recently hosted her “Lucas Agnew” three-day workshop and is getting ready for her “Train the Trainer” five-day workshop in November at her 20-acre ranch in California’s San Luis Obispo County, along with doing virtual training sessions on an ongoing basis.

“If I can teach the human how to improve the relationship with a dog and how to resolve the issues, then I can keep the dog in the home,” Lucas says. “That’s what’s the most gratifying to me is seeing the satisfaction and the feeling of confidence that I see in an owner that they’re able to resolve their issue with their dog, and they don’t have to give up an animal that they dearly love.”

Lucas, a rescuer at heart, ultimately loves saving dogs’ lives. She has saved over 5,000 dogs within the past 26 years.

“Now, I can end the cycle — the cycle of a dog being put in a shelter, adopted out, brought back to the shelter,” Lucas says.

Does your dog dash through the door before you? Fly past you walking up the stairs to get to the door? Barge at the door when a guest comes to your home?

A training technique Lucas highly recommends dog owners learn is threshold work, where you claim your personal space using spatial pressure. Spatial pressure involves creating a push in proximity using your body language, getting your dog to move farther away at a respectable distance.

“That’s teaching a dog to respect the human and also to see that the dog still gets everything you would normally give your dog; only the dog is getting it on your terms, not his,” Lucas says.

Related: The Top 6 Dog Parenting Mistakes, According to a Veterinarian

Threshold work corrects the behavior of your dog excitedly rushing ahead of you. The reason being because they, like all animals, communicate through spatial pressure, eye contact and touch, Lucas says.

The purpose of this technique is to slow your dog down by asking him to wait and calm down before going through a barrier, or “threshold.”

Letting Your Dog Out of His Crate

If your dog has a tendency to dart out as soon as you open his crate, Lucas suggests moving the gate (aka the door) to prevent him from bolting out.

“The gate would actually be a form of spatial pressure, where you’d want to go back and forth until the dog starts to look up at you trying to figure out what it is you want,” she says.

Your dog may back all the way toward the opposite side of the crate to sit and make eye contact. Once your dog is calm, you can let him out of the crate.

Opening the Door to Go Outside

Rather than making way for your furry friend to zoom out the door, Lucas advises putting your back to the door to face your dog.

“The dog is going to be wondering, ‘Why do you have your back to the door?,’” she says. “What you’re doing is you’re basically claiming that door and saying, ‘This is my door. I will open it when I want, and you will go through the way I want you to go through.’”

From there, you’ll step toward your dog to enter his space and make eye contact. This should cause him to take a few steps back. Once you open the door, you’ll do this again and ask him to back up. When you see your dog has settled down, invite him outside.

Implementing threshold work into your training teaches your pup better manners and improves your dynamic. Not to mention, you won’t have to brace yourself (or your knees) when it’s time to let him out! 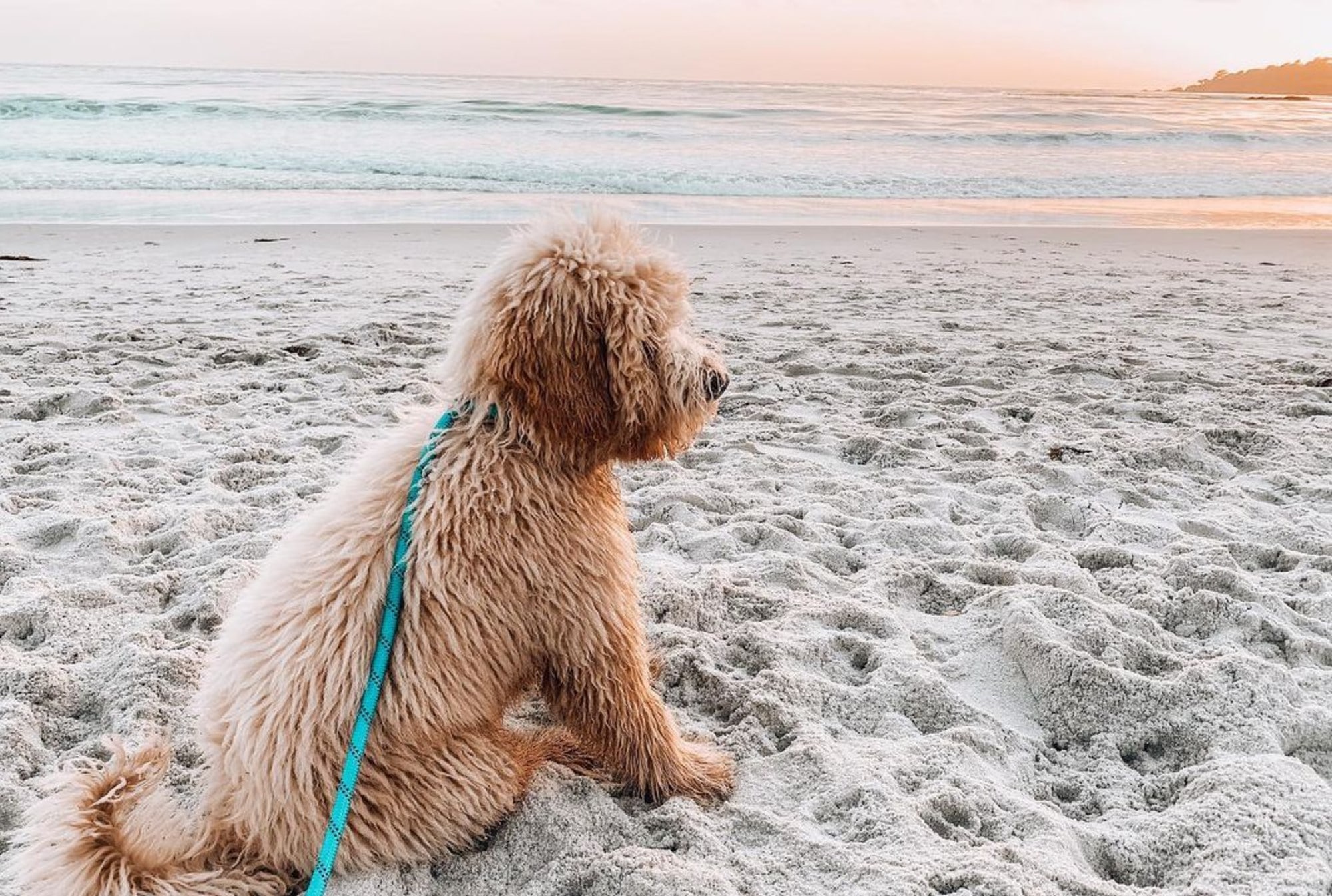 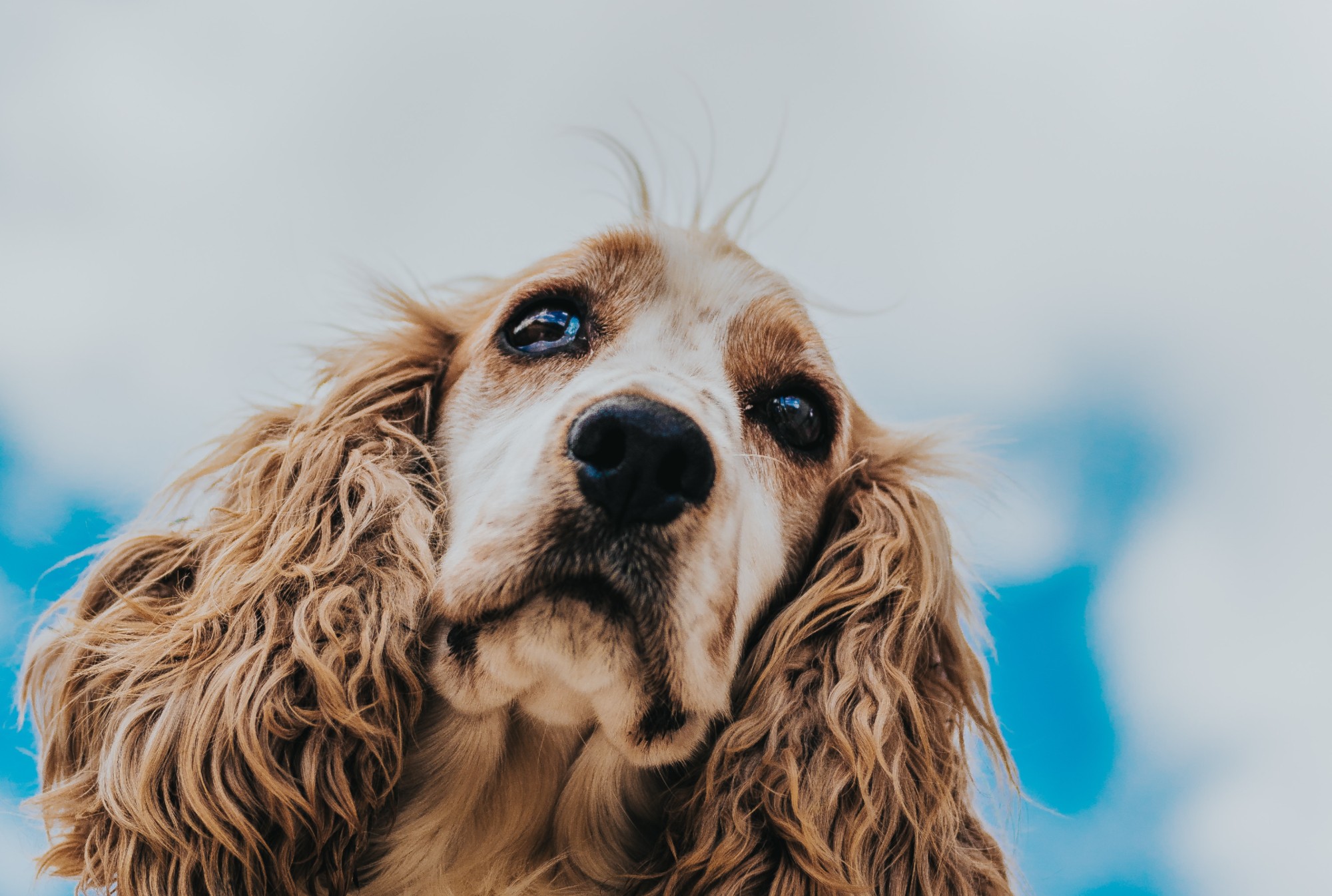