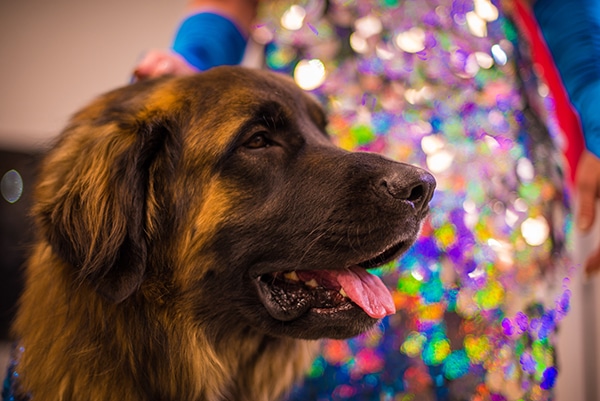 Excited yips and yaps filled the air. Dog moms busily prepped their pups pre-show. The excitement was palpable. Some canine contestants were rookies to the pageant world while some were old hat. But they all had one thing in common: They were there to fight for the crown.

This was the vibe at the 2015 NYC Doggies and Tiaras Pageant held at Toyota of Manhattan this past Friday. Contestants in all shapes and sizes ponied up $75 to enter the pageant to not only strut their stuff but also benefit Yorkie 911 Rescue.

Here is a rundown of a few competing for crown.

Related: Pooches Go for the Gold in the 2015 NYC Doggies and Tiaras Pageant 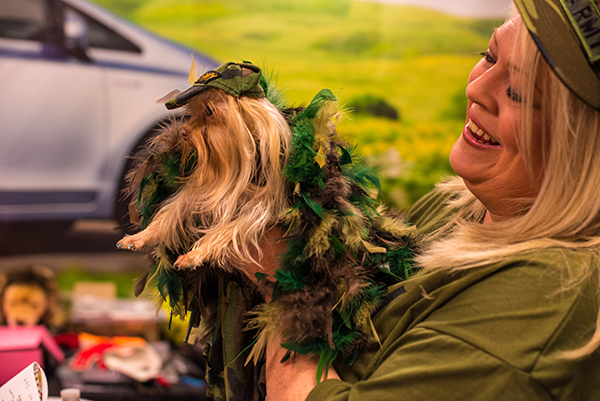 G.I. Jane is a chocolate Yorkshire terrier. Rescued from a puppy mill, she is truly one of rags to riches. “We took her in and now she’s a little star, traveling all over the U.S, says her mom Marie Rumpza . “She’ll even be at the Oscar’s interviewing celebrities on the red carpet.” 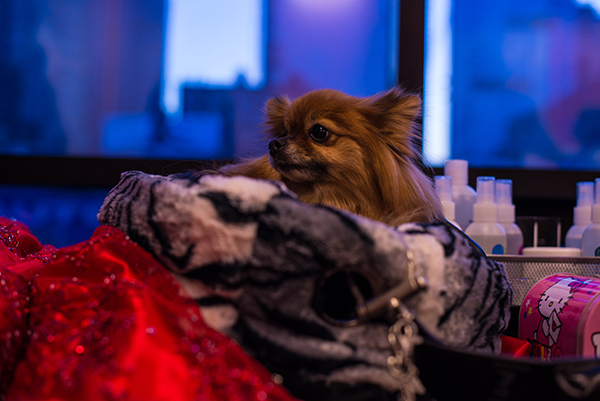 Sophia Loren, also a rescue dog, hails all the way from Beverly Hills. Dog mom Ann Tafoyasays that dressing up has helped Sophia overcome her shyness. “When she started dressing up and getting attention, she started to pose,” she says. Ann notes that the dog culture is different on the East Coast. “Dog culture in New York is more glam,” she says. “In Beverly Hills, people bring their dogs everywhere, but they don’t dress them up like they do here.” 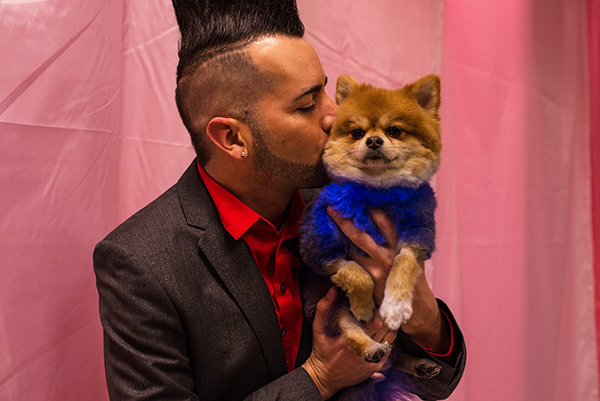 King Tut getting some kisses at the Doggies and Tiaras Pageant. Image via Cheyenne Cohen.

The ever-regal King Tut wowed the judges, winning the title of pageant king. With his electric blue fur coat, he is a true fashionista — but he didn’t always have it so great. A three-year-old Pomeranian from Bronx, King Tut is a rescue pup. “When he was rescued, we took him home and gave him a makeover,” his dad, Ruben Santana, says. “We fell in love with him right away, and the first night, he was sleeping in our bed.”

Related: The 17 Most Insane Pictures From the Doggies and Tiaras Pageant 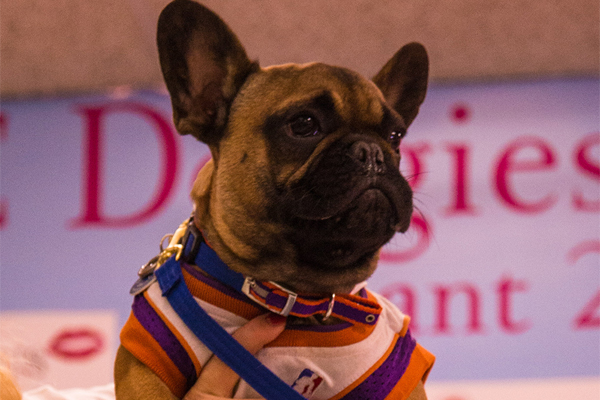 Charles Barkley showing his stuff to the crowd at Doggies and Tiaras. Image by Cheyenne Cohen.

Sir Charles Barkley is a playful seven-year-old French bulldog rescued from south Florida. Decked out in a sporty jersey, Charles looked ready to compete. “His personality makes him special. If he could talk, right now he’d be saying, ‘Feed me!,'” says Charles’s mom, Neely Bryanne. “He loves to eat, and he loves to play. This is fun for him, getting dressed up and seeing all his friends.” 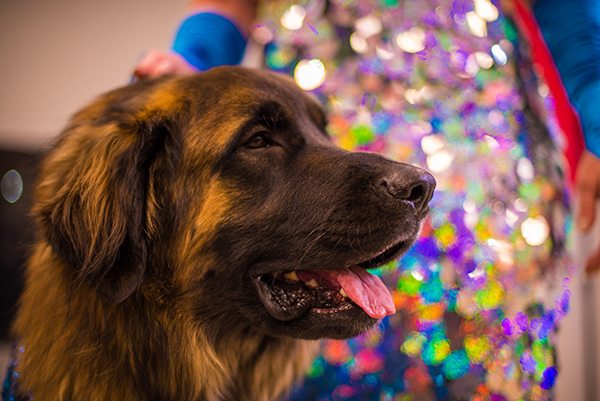 Hollywood getting ready to strut his stuff at the Doggies and Tiaras Pageant. Image via Cheyenne Cohen.

Hollywood, a year-and-a-half-year-old Leonberger, was by far the largest dog at the pageant, with a big personality to match.  “Our talent is dancing and Hollywood is an excellent dancer,” says mom Morgan Williams. “Hollywood has the personality of 15 comedians all wrapped up in one.” The pooch also plans to compete in Westminster. 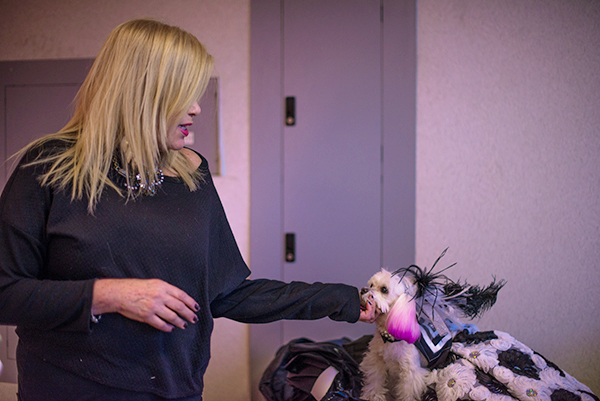 ZZ getting some advice from mom at the Doggies and Tiaras Pageant. Image via Cheyenne Cohen.

ZZ is a fun-loving six-year-old maltipoo, who nabbed the title of pageant Queen. Mom Ilene Zeins says, “ZZ is the kind of puppy that wants to play with you, she wants to jump on you. And maybe it’s not good manners all the time, but she wants to engage you in her little world. And everybody likes that about her.” 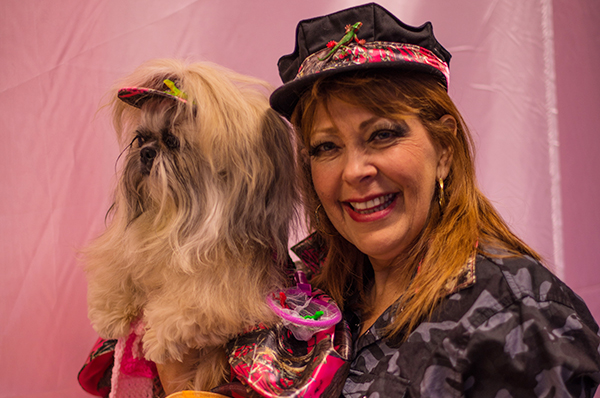 Gianna checking out the competition at the Doggies and Tiaras Pageant. Image via Cheyenne Cohen.

Gianna, a laid-back seven-year-old shih tzu, hails from south Florida. “Who cares who wins? We’re just having a good time,” says mom Laura. She says Gianna is special because of her calm disposition. Gesturing to the madness surrounding her, Laura says, “She’s really tolerable to all these shenanigans.”

All images were taken by Cheyenne Cohen.