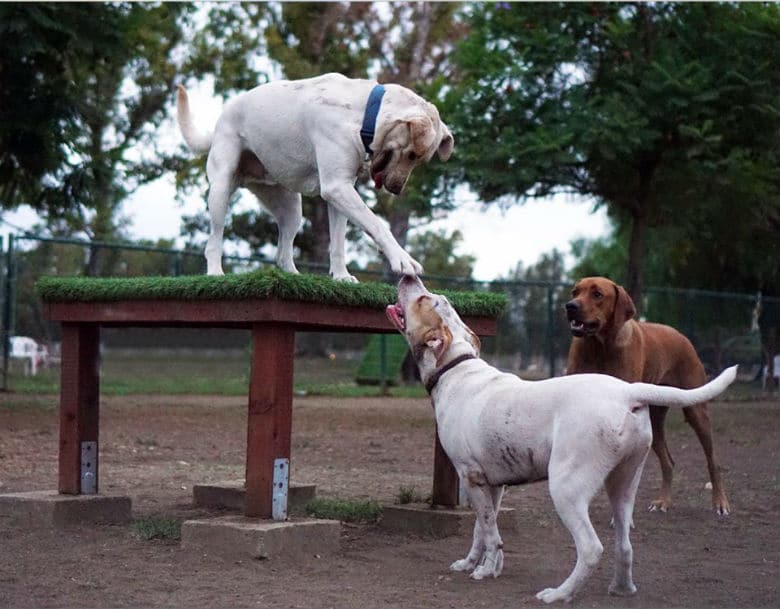 A park in the Los Angeles area just got a new makeover – one that has local dogs literally jumping for joy.

The high school senior, now eligible for Eagle rank, took on the project and raised $3,000 to fund it while helping coordinate the construction of it during the summer.

“I feel as if ‘mission accomplished.’ It’s fantastic,” Rutherford told a crowd of dog lovers during the opening ceremony for the new additions.

Related: Los Angeles Dog Owners Will Not Get the Dog Beaches They Wanted

During the ceremony, dogs of all shapes and sizes tried it out – some more successful than others.

But Derek Wong had a different experience with his golden retriever Sally.

“The first day it was there I climbed up it and my dog just looked at me like, ‘What are you doing?’” he told the outlet. “I thought it would be a ‘follow me’ kind of thing, but no, that didn’t happen at all. I just looked foolish running the course myself.”

The park plans on adding onto its agility course with weave poles, tunnels made from oil drums, among other things.