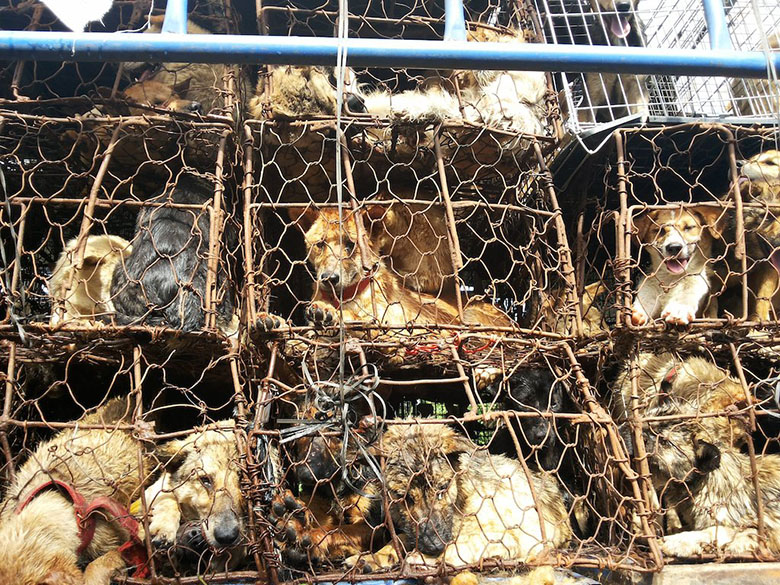 People, animal advocates and rescue organizations have all pushed to end the consumption of dog meat in China. Now, a city is adding its support.

In a unanimous vote, Los Angeles County agreed to put its weight behind an effort to put pressure on the governments of China and South Korea to put an end to dog and cat meat trade.

After being introduced by Supervisor Hilda Solis, county officials agreed to write a letter urging officials to put an end to dog and cat meat consumption, along with the 10-day Yulin festival occurring in June. During the festival, which started in 2009, dogs are hung upside down, beaten to death, skinned alive and have boiling water poured on them, among other forms of torture. People believe eating dog cools the blood during the hotter months, and the more the animal the suffers, the greater the benefit.

Animal Hope & Wellness Foundation, a Los Angeles-based animal welfare organization heavily involved in rescuing animals destined to be slaughtered, was involved in getting L.A. on board.

“I think it’s amazing that we are finally talking about this at all levels of government,” a spokesperson told This Dog’s Life, adding that the “awareness is powerful.”