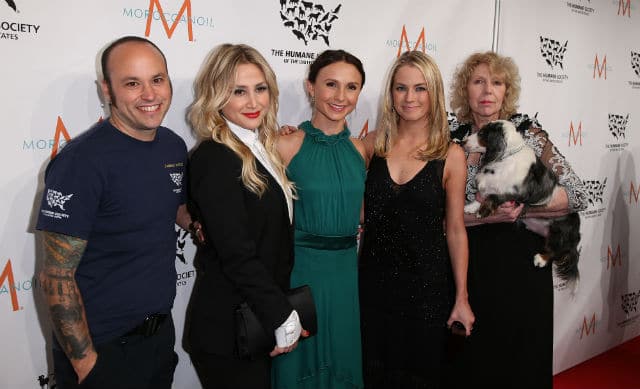 The Humane Society of the United States is rolling out the red carpet for its To the Rescue! 2015 New York Gala.

Hosted at Cipriani on Nov. 13, the benefit celebrates the life-saving work the organization does for animals. Some if its dog initiatives include rescuing thousands from puppy mills, fighting rings, cruelty situations, hoarding environments, the dog-meat trade and more. The mega organization is also involved in other animal causes, including lobbying huge corporations to switch over to cage-free eggs, ending the killing of seals and stopping the inhumane slaughter of farm animals.

“The gala raises support for the rescue, care, placement and potential rehoming of thousands of animals who are in need because of disaster, cruelty or neglect,” says Heather Sullivan, the senior director of public relations at The Humane Society of the United States.

There will also be Boomer, formerly Snowball, who was rescued from South Korea’s dog-meat trade, along with a few other four-legged friends from HSUS strutting their stuff on the carpet. 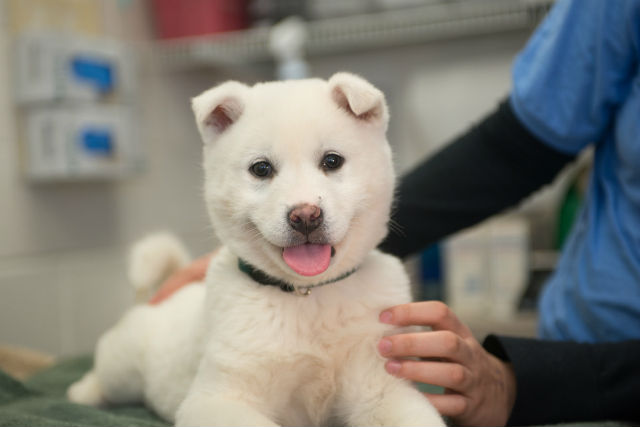 Once inside, guests will be treated to a vegan dinner from famed restaurant Candle 79. The three-course meal begins with a kale and kabocha squash salad with freekeh, leeks, black eyed peas and pumpkin seed dressing; followed by the entrée: a cashew cream risotto with butternut squash sauce and roasted kale and cauliflower. For dessert, guests will be served apple cranberry crumble with cinnamon ice cream. Yum!

Actress Anjelica Huston will be presented with the Humanitarian of the Year award for her support and dedication to various animal causes, including ending the ivory trade, protecting great apes and chimpanzees from exploitation and abuse by the entertainment industry and stopping elephant and rhino poaching.

Heineken will also receive the organization’s Corporate Consciousness Award. “We have been impressed by Heineken’s willingness to engage in animal welfare issues since 2012 by finding ways to be on the right side of the animal welfare debate and to drive positive change,” says Sullivan. “Working directly with Humane Society International and the HSUS, Heineken amended its Responsible Marketing Code to guide commercial leaders, marketers and agency partners on the use of animals in commercial activities.”

Related: How Having a Dog Made These Famous People’s Lives Better

Some may recall the past the company received bad publicity from the animal-welfare world after a video circulated showing a dog fight in Mongolia with Heineken signs surrounding the cage. But looks can be deceiving. After the public backlash, the company issued a statement saying they would in no way condone such activities and acts of violence. The company explained the banners were left up from the previous night when Heineken had a promotion at the club (the owner for the venue confirmed this). The company acted swiftly, severing ties with the club, reaching out to animal-welfare organizations about the situation, had distributors check every local venue and reiterated its strict promotion and advertising guidelines.

Besides enjoying a delicious dinner and watching the awards ceremony, guests will enjoy music by Christina Grimmie and Mexican guitar duo Rodrigo y Gabriela and be able to participate in a silent auction. Some of the items include an oil painting inspired by an Humane Society International rescue, a professional photo of your dog or cat on the cover of the 2017 HSUS pet lovers calendar and a reservation for four at Rao’s restaurant in New York City.

Tickets are still available. Head over to The Humane Society of the United States website to secure your spot at the gala.