PRESS ESC TO CLOSE
Wellness > Health Issues > How Likely Is Your Dog to Get Lyme Disease? 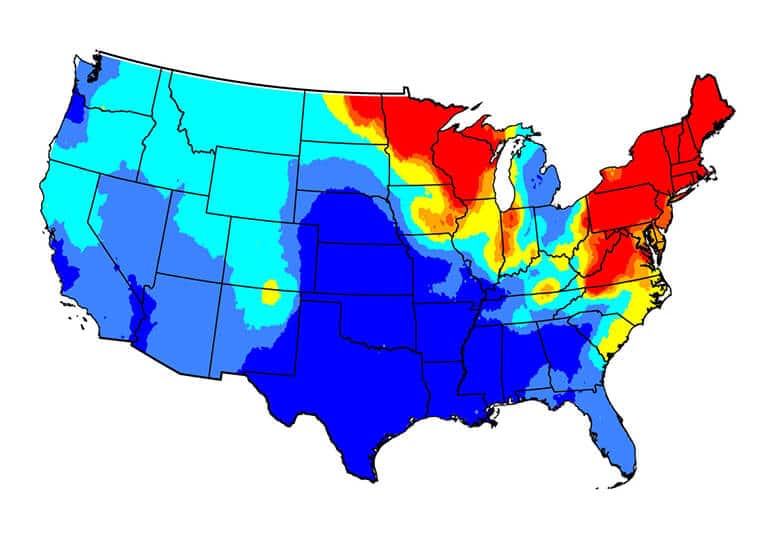 With summer just around the corner, dogs will be spending more time outside exploring, hiking, playing and exercising. All good things for dogs but also all times our pups run the risk of getting bit by a tick, including those with Lyme disease.

Fortunately, a new map, created by Christopher McMahan, an assistant professor of mathematical sciences at Clemson University, and Michael Yabsley, a parasitologist at the University of Georgia, shows dog owners which parts of the country their animals are most likely to get infected by a tick carrying Lyme disease.

Related: Dogs Could Reduce Allergies and Likelihood of Obesity in Children 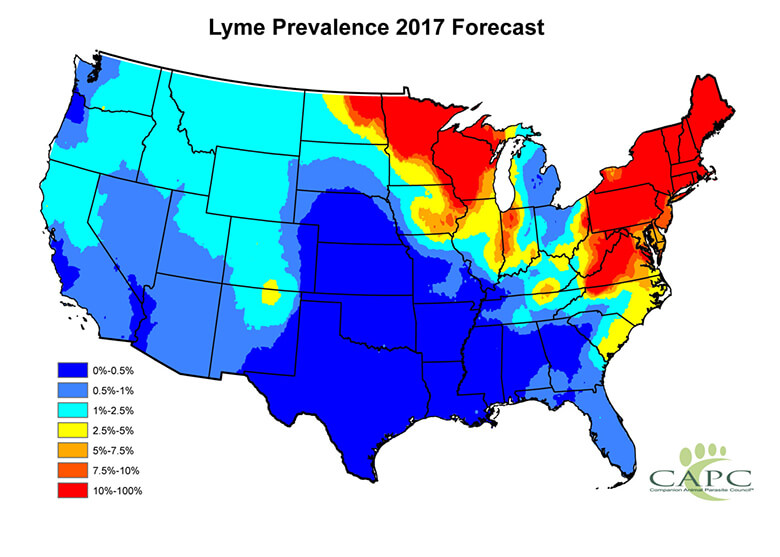 As the map shows, the dogs most in danger are in the Northeast states and northern parts of the Midwest, with a small area in New Mexico and Colorado also seeing an increased risk.
Initially, scientist thought the disease was found in the northern parts of the U.S., but as the map points out, it is also found in Southern states. One reason could be is ticks eat throughout the entire year and some of the animals they feed on – like mice – migrate into new environments as seasons change.

Not only can the map provide insight for dog owners, but also can help predict Lyme disease in people.

Related: Could This Be the Most Dangerous Dog Toy?

“Dogs really are the canary in the coal mine for human infection. Our research team has growing evidence that the relationship between risk of canine infection and human disease is strong,” Yabsley said in the release.

Symptoms of dogs infected with Lyme disease include fever, loss of appetite, decrease in energy level, stiffness and swelling of the joints.

It is important to get your dog checked out annually and often recommended to provide preventative care like a natural spray product, or one that is chemical-based, such as Frontline

Related: Do You Really Need to Worry About Cleaning Your Dog’s Bowl?