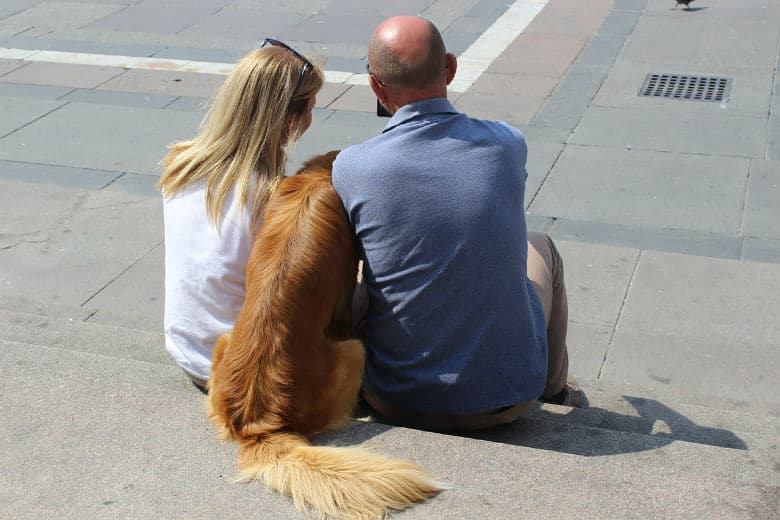 Friends argue about it, studies have been conducted around it and now Facebook is getting involved in the biggest debate in the animal world: dog people vs. cat people.

Through its data arm, the social-media platform combed through its user base, gathering information from 160,000 Facebook users in the U.S who shared photos of cats or dogs (or both) on Facebook. The team used object recognition technology to identify photos.

And while much of the findings are on par with other studies — dog people are more outgoing — there were some morsels that were surprising.

Related: A New Study Reveals What We Expected All Along: Cat People Are Crazier Than Dog People

Keep in mind, you will need to take their findings with a grain of salt. Facebook didn’t actually survey people, so there could be some issues with the data (e.g. animal rescuers, users posting pictures of other people’s animals)

Here is what they found:

This shouldn’t come as too much as a surprise to those that have been following the cat vs. dog battle. Dog people tend to be more outgoing and extraverted. According to Facebook, on average, dog people have 26 more Facebook friends than cat people. That said, of the friends cat people do have, they tend to try to get together more often, with this group invited to more events.

Dog people are more likely to be in a relationship

Cat people are single and ready to mingle, according to Facebook. Thirty percent of cat people are not in a relationship, compared to 24 percent of dog people. And it isn’t one specific demographic of cat people. Male cat lovers are just as likely to be single as female cat people, same goes with young vs. old.

At least when it comes to books. Dog people tend to like love stories and books about dogs (surprising!) whereas cat people are into sci-fi and fantasy tales.

Both groups dig The Great Gatsby and Atlas Shrugged. 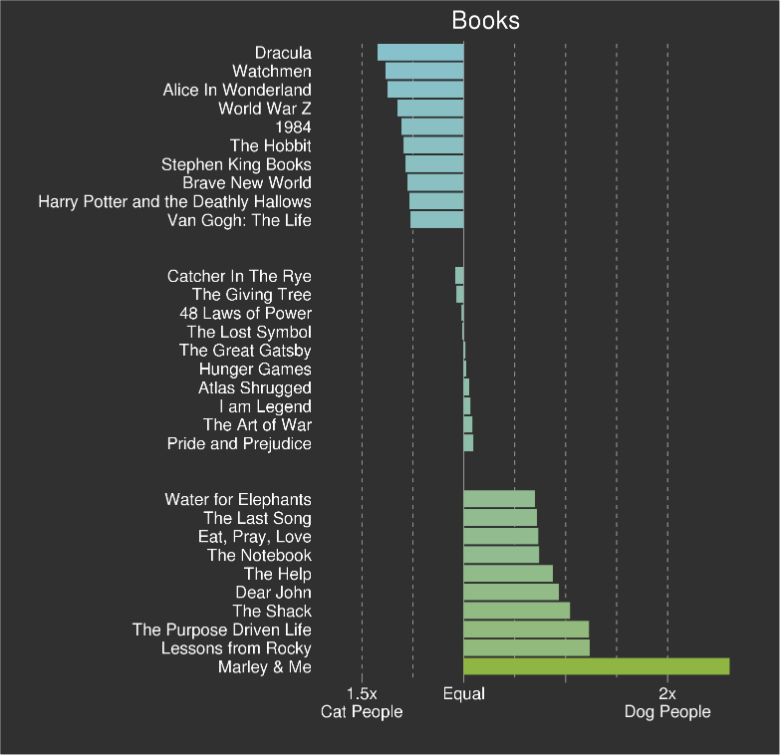 When it comes to movies, dog people tend to like The Notebook, Dear John, Fifty Shades of Grey and Pretty Women. Cat people on the other hand are into The Terminator 2, Trainspotting, A Clockwork Orange and Alien. 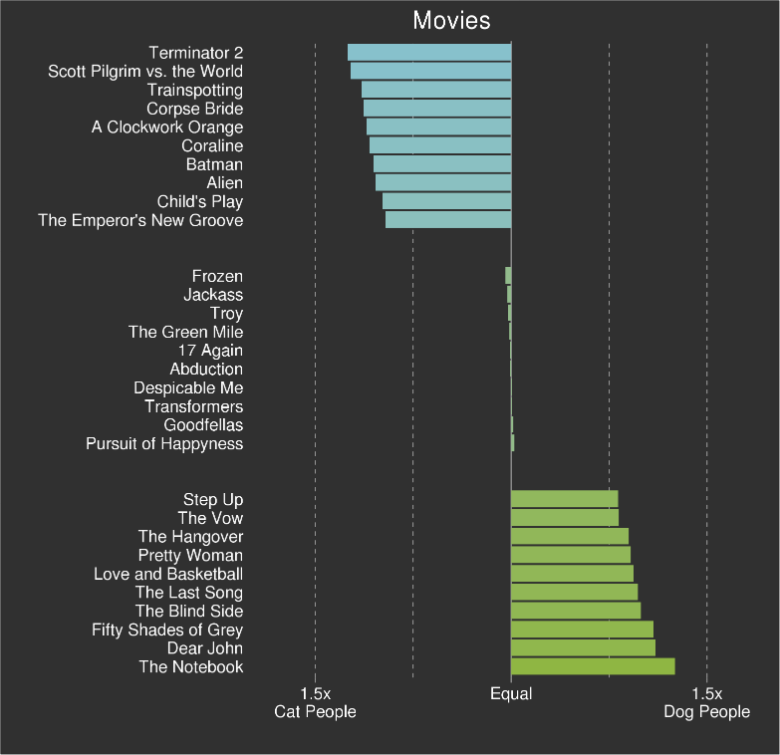 Dog lovers are more likely to express pride and excitement.

For all those times, you have told the world how you feel, Facebook was able to aggregate that de-identified and reach conclusions on the moods of cat and dog people. According to the social-media platform, cat people are likely to plug in “feeling tired,” “happy” and “loved” into the feeling feature, whereas dog people express “excitement” “blessed” and “pride” more.

Related: New York City May Be Getting a Dog Cafe 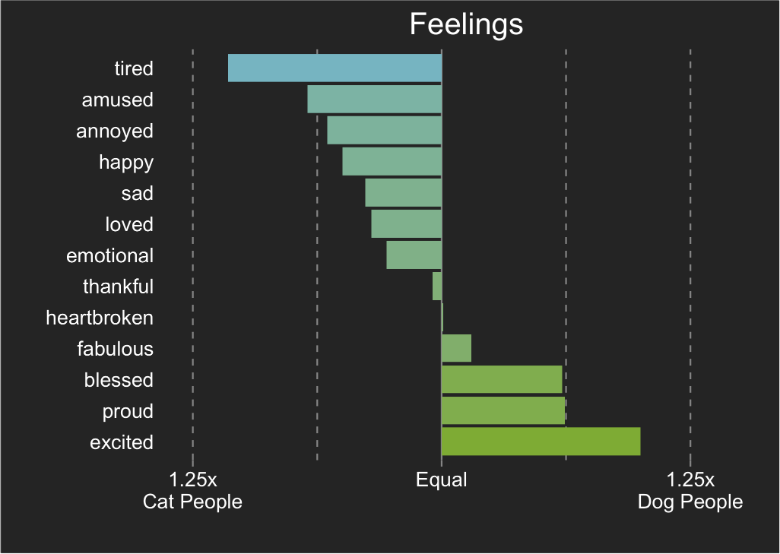