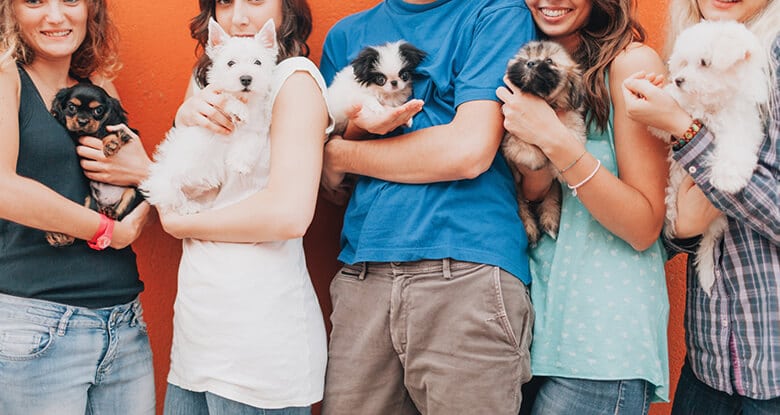 After years of competing against each other, DogVacay and Rover.com announced yesterday they were merging into one huge company.

In an all-stock deal, Rover.com, headquartered in Seattle, will be acquiring Los Angeles-based DogVacay. There was no additional information about the financial terms of agreement, except for DogVacay founder Aaron Hirschhorn to tell TechCrunch that, “all of our investors are extremely happy with their return.”

Up until recently, both DogVacay and Rover.com were known for their pet-sitting services but both have now expanded to include dog walking. By combining their resources, pet owners will have access to more than 100,000 five-star sitters, according to a release. Last year, combined both companies booked more than $150 million in services, however, neither are yet profitable. (Their models are similar: they take a percentage of the booking fee.)

DogVacay has raised $45 million from investors, whereas Rover.com has received $90 million from venture capitalists.

Related: Are Two Dogs Better Than One?

While the new merged company will now be headquartered in Seattle, DogVacay’s office will for the time being remain in Santa Monica. Both sites will still be available online.

With the two companies joining forces, they will now be able to roll out products faster and focus on markets outside the U.S. DogVacay has a strong foothold in Canada, one thing that attracted Rover.com.

Related: The 5 Commands That Could Save Your Dog’s Life