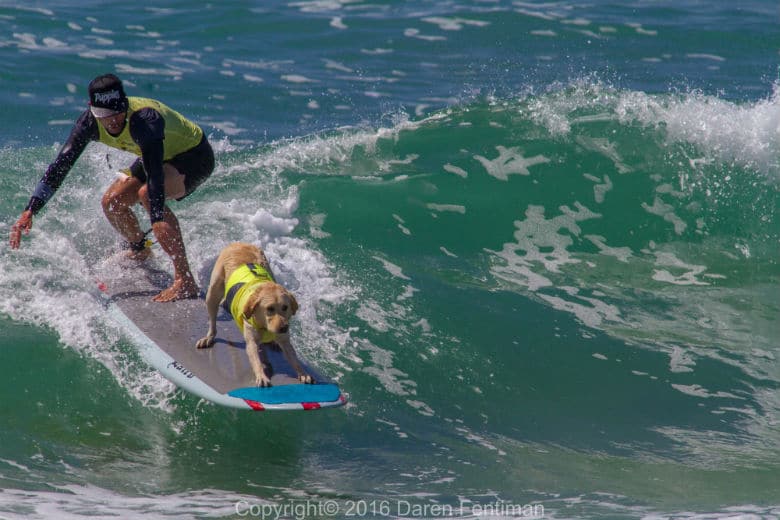 This past week, dogs took to the water to show off their surfing skills at the eighth annual Surf City Surf Dog competition.

Sixty-eight pups competed for the top-dog prize in various weight categories, along with tandem – dog-human, dog-dog and dog-human on a paddleboard.

“I love seeing all these animal-loving people getting together and enjoying each other’s company,” says Dylan Lane, the owner of Rusty the Surfing Min Pin, who placed first in the small weight category. “It’s really something you could only see in California!” 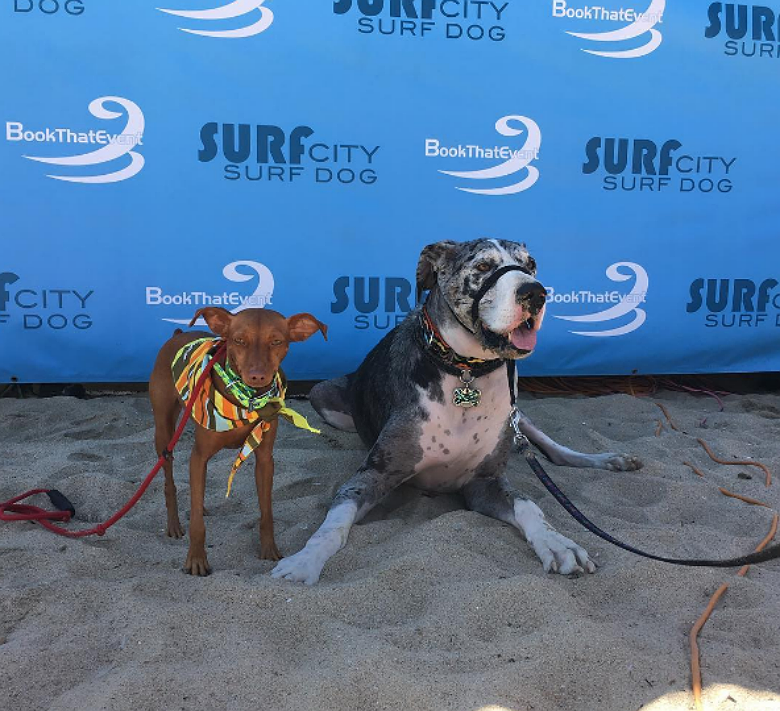 Unlike past Surf City Surf Dog events, this one had a huge swell, making for monstrous waves and challenging conditions for even the most seasoned dogs and surfers to compete.

“In my eight years, I have never seen conditions this big and this technical before,” says Michael Yu, the owner of Abbie Girl, a kelpie, who placed third in the shredder, or more seasoned dog surfer, category. “You couldn’t go in the wrong time, you would be destroyed.” 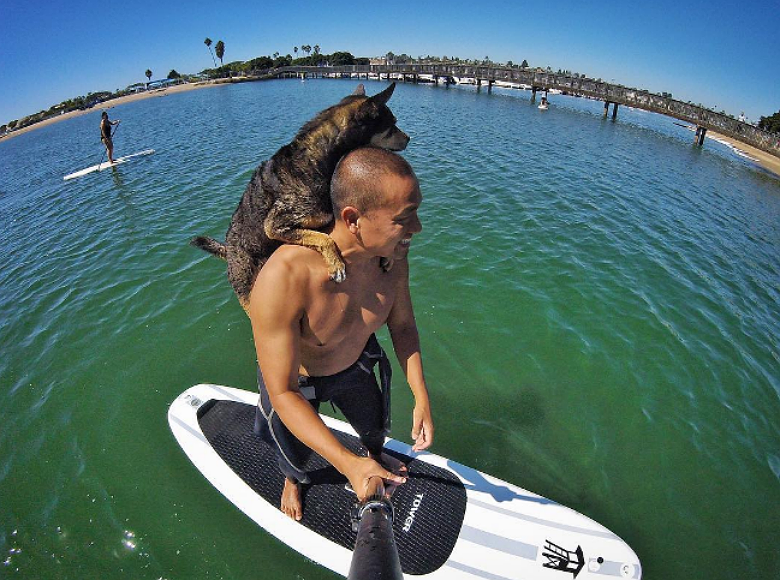 While dogs and their human counterparts were definitely there to push through the rough waves and win, safety was always a top concern. “After my heat, I helped in the competitor heat,” Yu says. “We all helped each other out,” adding that often there is 2-3 people per dog, but this year it was around five.

Because of the huge waves and somewhat unique conditions, Yu tells us that after this particular competition people will look at the sport differently in the future.

“This year redefined the sport. People were go out further, huge waves, and using different boards and using fins,” he says. “It changed the perception of how big a wave a dog can take.”

The winners were crowned based on a number of criteria, including confidence level, length of ride and overall skill.

Here is a breakdown of the top prize:

Here are some of our favorite shots: 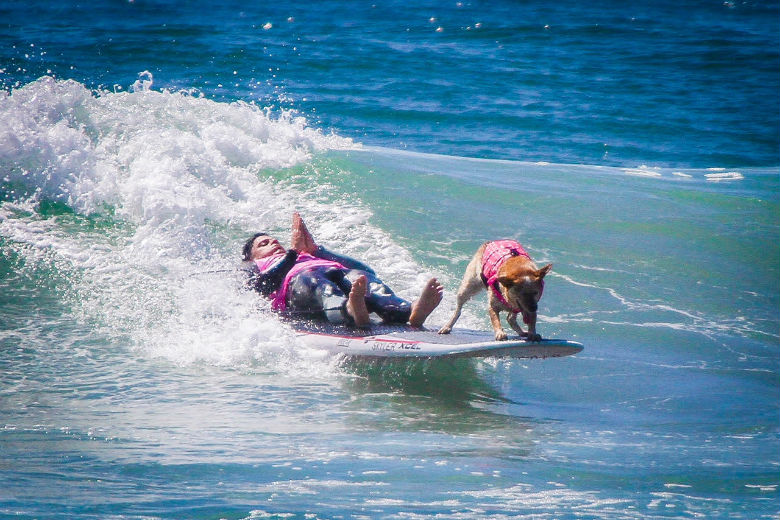 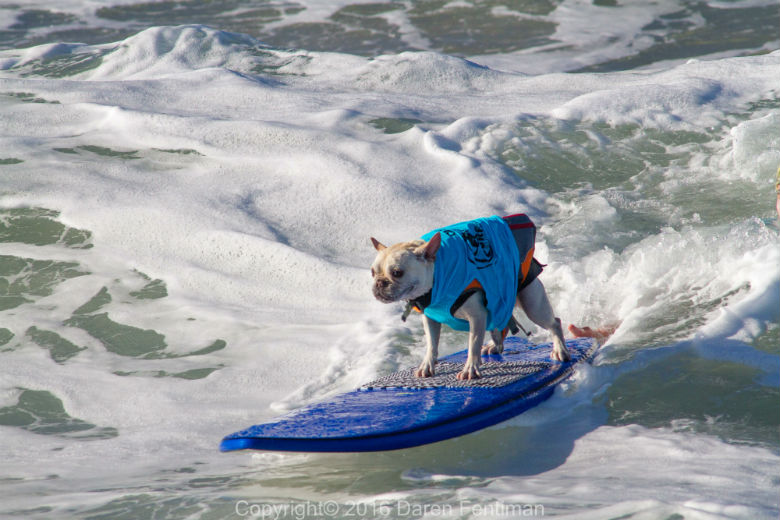 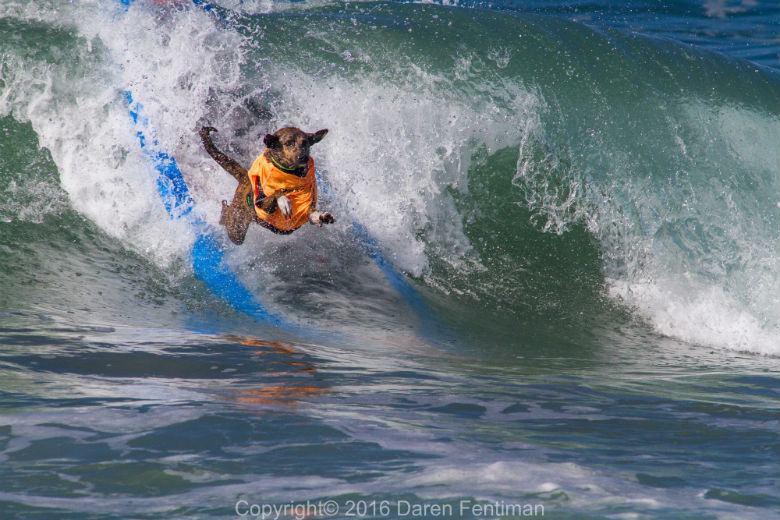 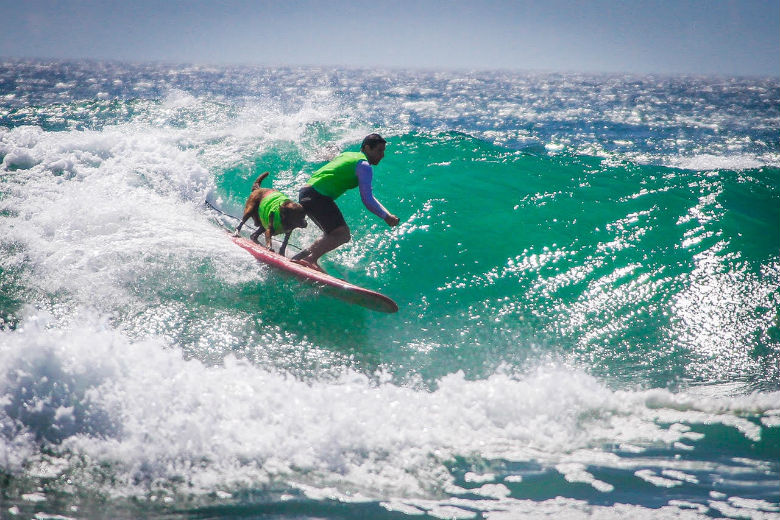 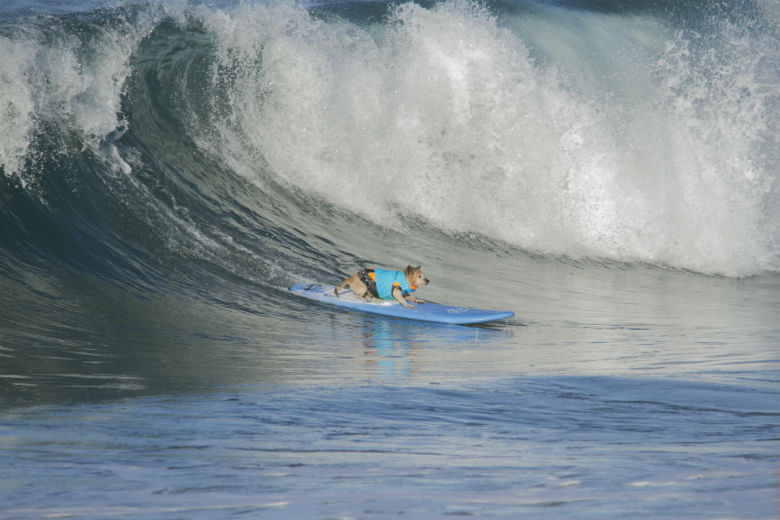 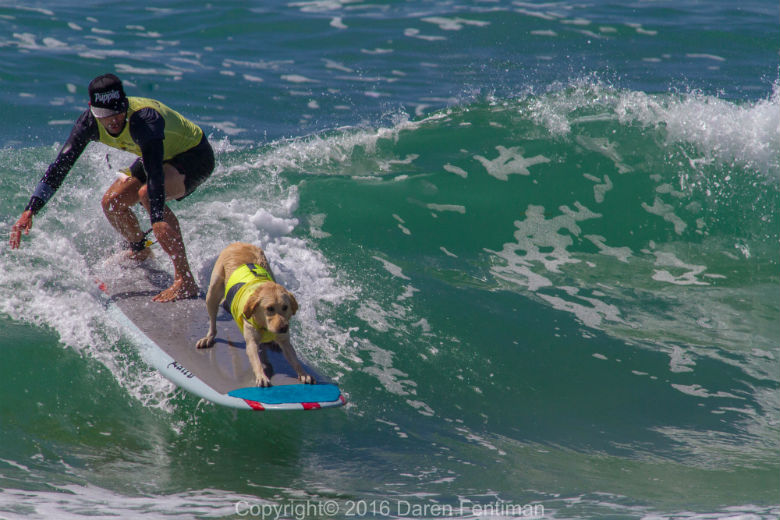 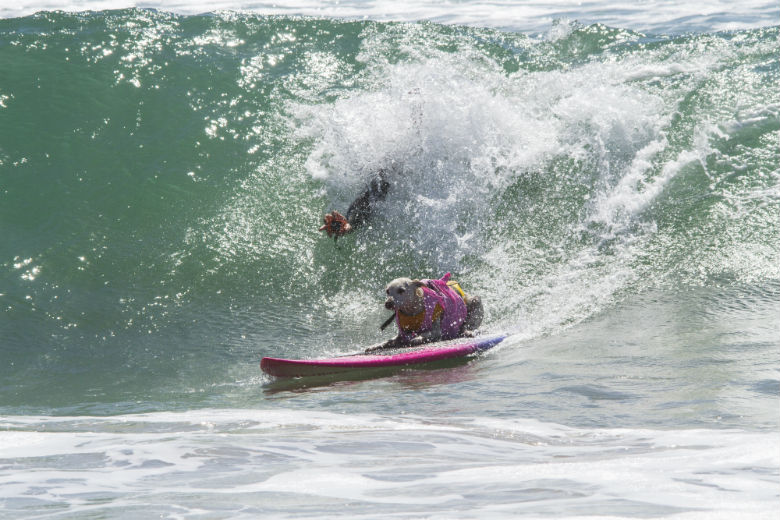 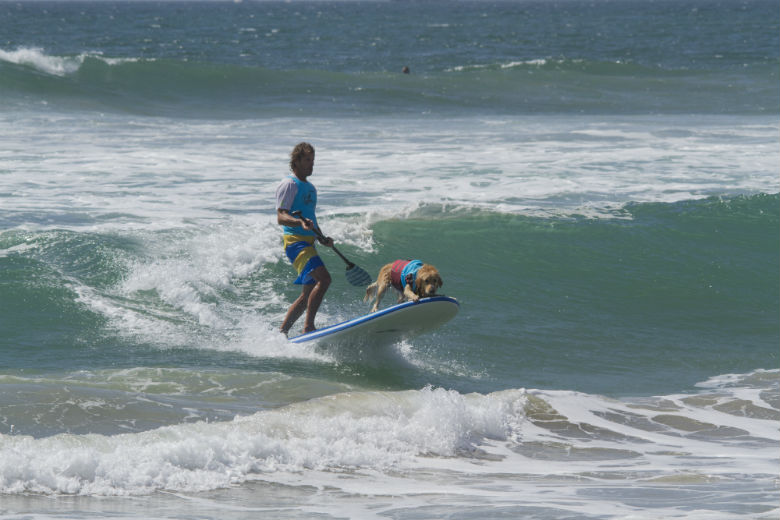