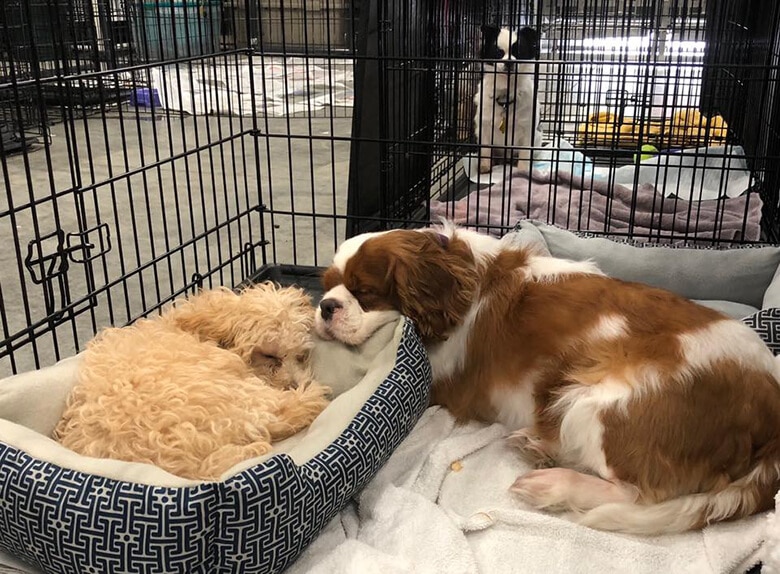 Dogs from a reported Iowa puppy mill have tested positive for a disease that can be transmitted to humans.

Called canine Brucellosis, the disease can make dogs infertile, cause abortions and still births and infections. Symptoms in humans are different, and do not impact the reproductive system. People may get a fever, headache joint pain, headache and weakness.

The puppies reportedly came from Iowa Puppies, a commercial breeding facility going out of business. The dogs were bought at an auction, with AHeinz57 Pet Rescue and Transport posting on Facebook that they rescued 32 of the dogs and were notified that puppies bought from a different buyer tested positive for canine Brucellosis.

Related: A Year After the USDA’s Animal-Welfare Site Hid Information On Puppy Mills, It May Get Worse For Dogs

The Iowa Department of Agriculture and Land Stewardship confirmed this information last week in a news release and stated it is taking action.

“We are in the process of notifying the individuals who have custody of the exposed dogs,” the post read. “Both the animals and the facilities are quarantined while the dogs undergo clinical testing.”

Unfortunately, there is not a cure for dogs and often dogs are euthanized, as the disease can spread.

Related: Everything You Need to Know About Introducing A Puppy Mill Dog Into Your Home

“We were very blessed with the news yesterday that all dogs tested negative during the first round of testing,” says Amy Heinz, the CEO of AHeinz57. “We will retest the first week of June and if everyone continues to show negative results the quarantine will be lifted.”

The organization is taking all precautions to ensure the disease does not spread.

“All dogs were called back from foster homes, and we set up a makeshift shelter in our garage to keep them isolated from the other dogs in our building.” says Heinz. “However, the department of agriculture quarantined our entire building.”

As for humans, it is rare someone will get canine Brucellosis, but if they do, the go-to treatment is antibiotics.

“The threat to most pet owners is considered very low,” the release states. “Dog breeders, veterinary staff and anyone who comes in contact with blood, tissues and fluids during the birthing process may be at higher risk and should consult their primary care physician.”

AHeinz57 tells us there are things that can be done to prevent this.

“Brucellosis is a livestock disease that has become a dog disease because we treat dogs like livestock and keep them in herds at puppy mills,” says Heinz. “People don’t think that the cute fluffy puppy they just bought from a puppy mill could be to blame. I want people to understand that when they shop for that cute little puppy that they just have to have, not only are they perpetuating the plight of puppy mill dogs, but they just might be putting their own health at risk because testing for brucellosis is not required by puppy mills like it is for livestock.”