The cloudy weather and chilly temperatur didn’t stop a bunch of surfing dogs from hanging ten this past weekend.

On Saturday, the second annual World Dog Surfing Championships was held in Linda Mar, San Francisco and more than 30 canines showed off their ride-waving skills, while 1,000 people cheered them on.

While the event is meant to be fun (and a bit silly), it doesn’t mean it wasn’t competitive. With people and their pups flying all over the world – including Florida, Texas, Hawaii and Australia – all had their eyes on the top dog award.

Dogs could either ride solo and compete against others of the same stature, or tandem, with another dog or a person. This year, the pups faced some extra obstacles, including competing against a pig and having a pod of humpback whales show up and enjoy the show.

A number of dogs took prizes home for beating out the competition in their category, but Abbie, a rescued dog, ended up taking home the big trophy after surfing 20 feet. She won a plaque, while her owner, Michael Uy, got a bottle of wine.

Check out some of our favorite pictures:

Before the big show

Despite the weather, businesses set up for the surf competition 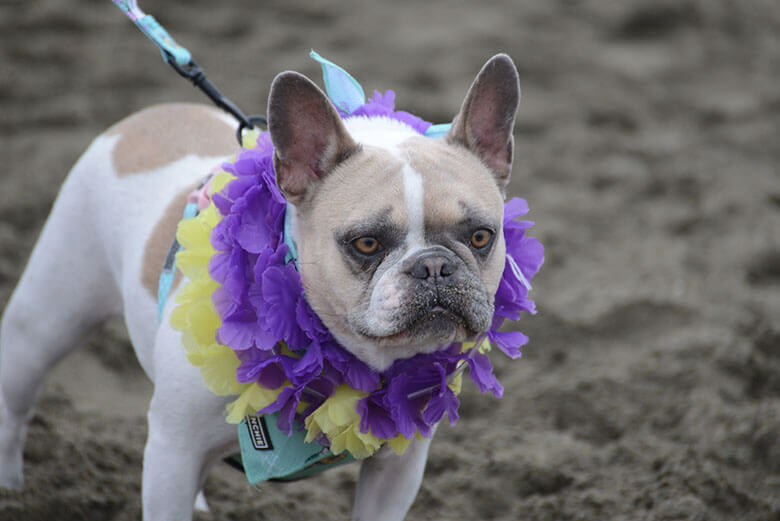 Checking out the competition

Psyching other dogs out

Up first, the smaller dogs

Then, the bigger pups hit the waves

Related: Dogs Show Off Their Surfing Skills In 10 Amazing Shots

Yes, there was a pig

And then the celebrations