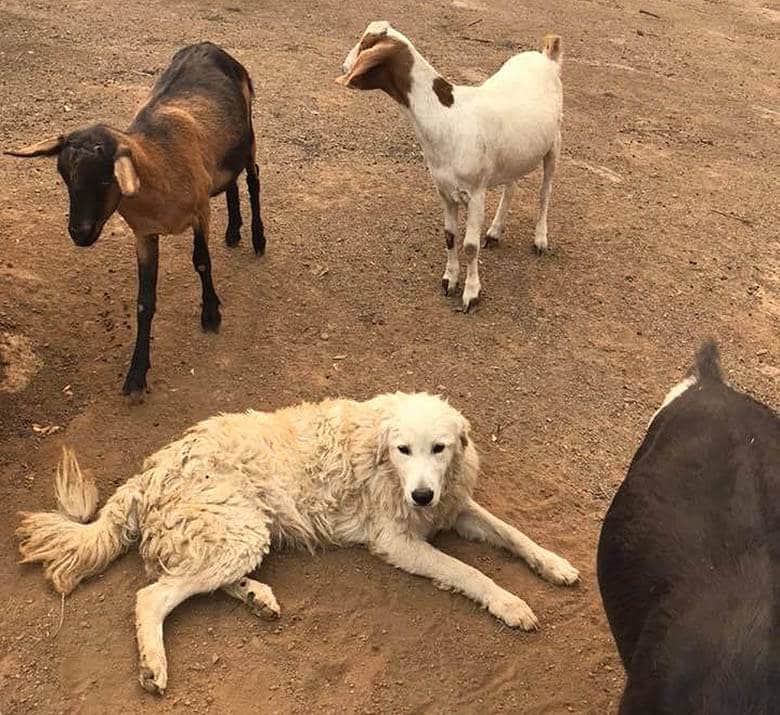 A Great Pyrenees proves that a dog’s loyalty goes beyond us humans.

In a Facebook post, Roland Tembo Hendel writes about how his dog Odin refused to leave the herd of goats he was looking after, despite the wildfires of Northern California quickly approaching their home. 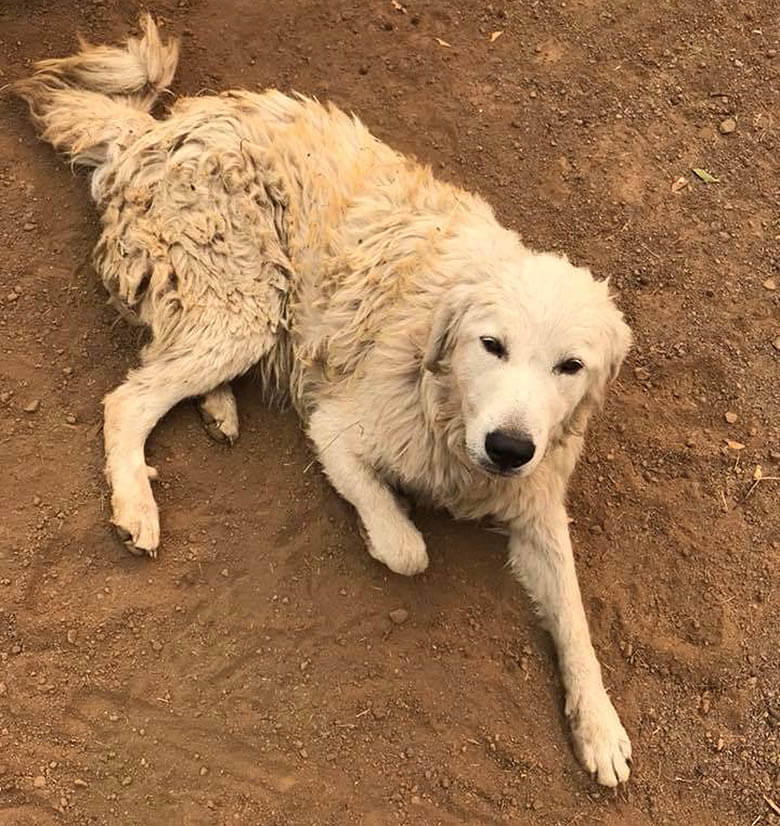 “By 11:10 we could see the first of the flames across the valley. By 11:15 they were growing larger and the winds went mad,” he writes. “We had loaded up the dogs and cats, but Odin, our stubborn and fearless Great Pyrenees would not leave the goats.”

After trying to persuade the dog to come with them and Odin not budging, the family decided to leave him behind. “We got out with our lives and what was in our pockets,” he says, adding that as they were driving away, the cars behind them “were pouring flames out of the windows as they roared down the road.” (Similar to this video below recorded by a local sheriff.)

Once safe, he cried, as he thought their family had “sentenced Odie to death, along with our precious family of bottle-raised goats.”

Returning to their home the following day to assess the damage, the family made it back to the “smoldering wasteland,” with nothing left standing and trees still burning. But surprisingly, Odin was still there. 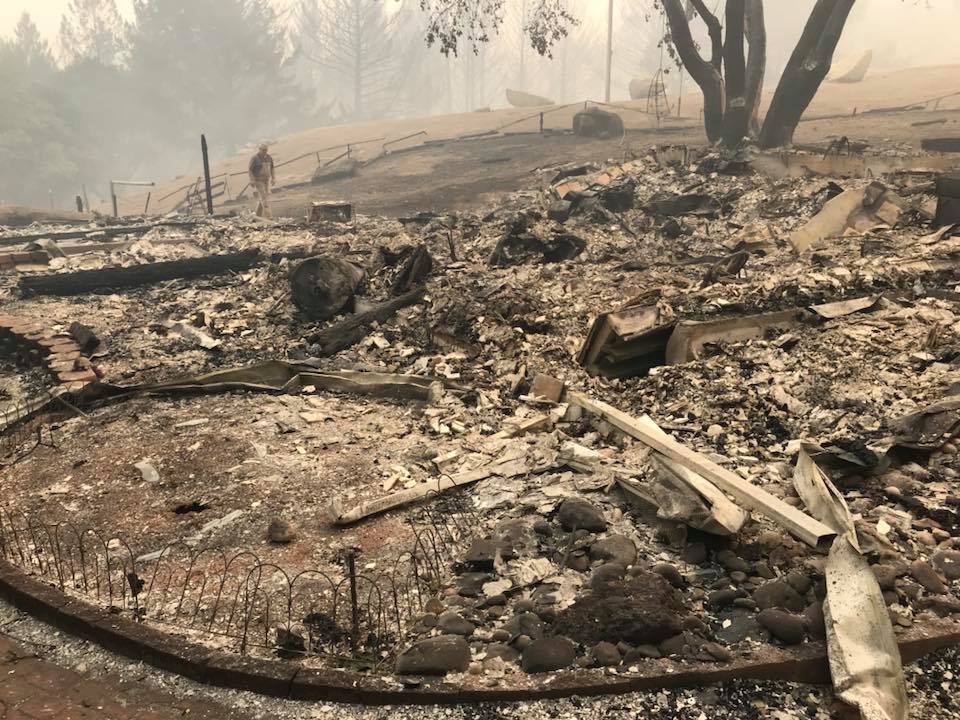 The dog had survived the fire, along with all eight goats. For the most part, they were all in good condition. Odin’s fur was burned, his whiskers had melted and his right leg was injured — but he was still there. And so were some deer, who turned to the dog for comfort. 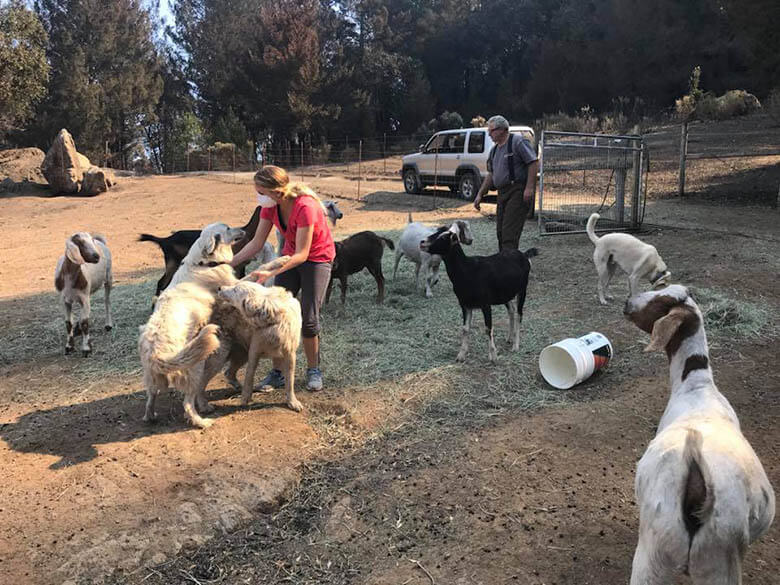 “He has adopted several baby deer who huddle around him for safety and water from their trough, which is miraculously intact and full of relatively clean water,” he writes.

He adds, “Odin has lived up to his namesake. Pray for him and his charges. He is our inspiration. If he can be so fearless in this maelstrom, surely so can we.”

Related: 5 Heartwarming Stories of People Rescuing Dogs in the Aftermath of Hurricane Harvey

There is a YouCaring page set up to help the family get back on its feet.