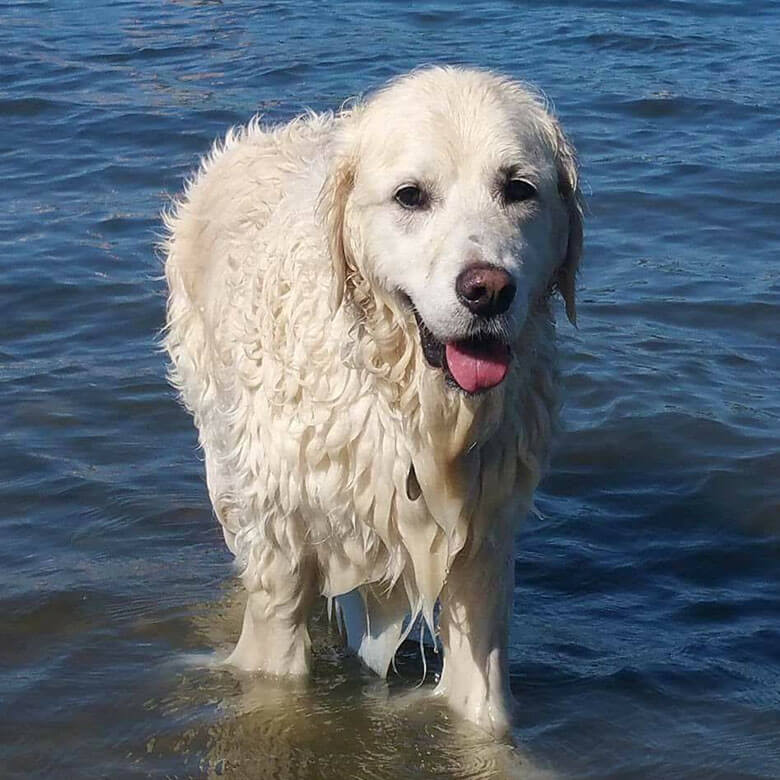 A young deer has her life thanks to a special dog and some good Samaritans.

This past weekend, Mark Freely was out with his English golden retriever Storm when they noticed a fawn struggling in New York’s Long Island Sound.

The dog immediately jumped into action.

Captured on video, the dog sets the fawn down and starts nudging it, while his four-legged sister, Sara, and Freely watch. The baby deer, scared, tries to run away, only to collapse again.

“And then he started nudging it, and started pulling it to make sure she was going be okay,” Freeley said. The deer remained frozen.

Freeley called volunteers Erica Kutzing and Frank Floridia, from Strong Island Rescue, a local rescue group, to help with the situation, but once the pair arrived, the fawn, confused and nervous, once again beelined to the water.

This time, people jumped into save the animal. It took about 8 minutes to save the fawn once again. Kutzing and Floridia took the animal to a rehabilitation center, where it was discovered she had an eye injury (may have played a role in the confusion) and was covered in ticks. She is now resting and will stay there until she is ready to be released.

This fawn is alive because a community of people who pitched in, spearheaded by a hero dog with a need to retrieve,” Strong Island Rescue wrote on its Facebook page.