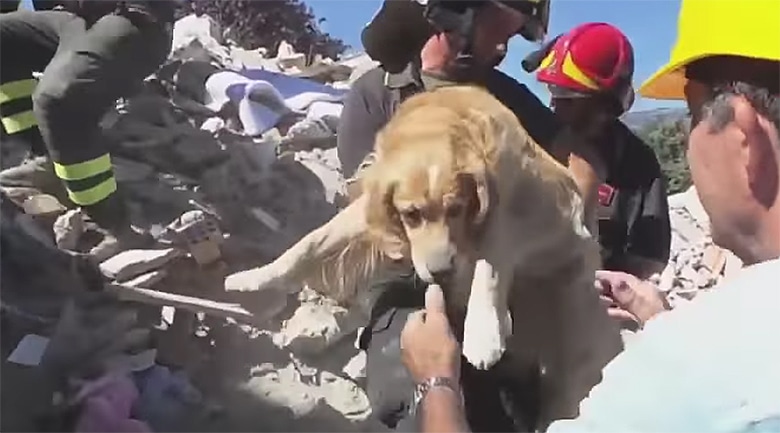 After a deadly earthquake struck Italy, a dog miraculously emerged from the rubble nine days later.

On Aug. 24, a 6.2-magnitude earthquake struck the village of Villa San Lorenzo a Flaviano. People were forced to evacuate, including the owners of a golden retriever dog named Romeo. Before the couple left the village, they searched hours for their four-legged companion but to no avail.

Returning last Friday, Sept. 2, with fireman to collect their belongings from their home, they heard barking as they neared the debris.

Not seeming to be fazed, Romeo emerged, tail wagging. Fireman provided water before helping him climb down the rubble to be reunited with his owners. 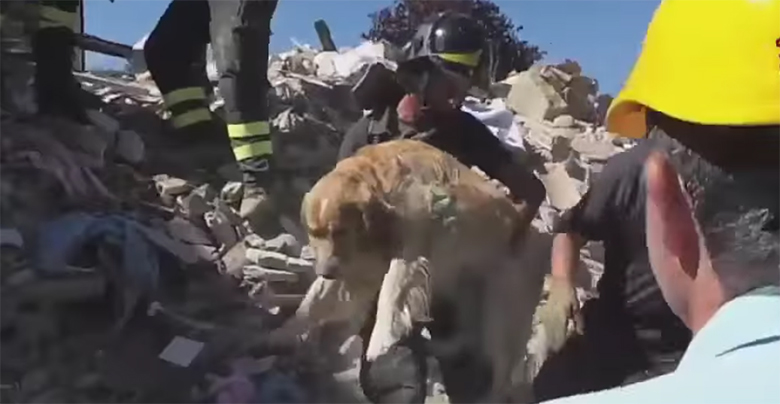 “We immediately began moving masonry from where the barking was coming from and incredibly we got to him and he was in pretty good condition,” a fireman told the ANSA news agency. “Luckily some beams had fallen in a way that they were holding up the weight of everything above them, leaving Romeo with a little niche that he was able to survive in.”

Romeo is the first dog to be reunited with his owners after the horrible natural disaster — killing more than 290 people — but a cat was also found six days after the earthquake struck.