Can Dog Kisses Do More Harm Than Good?

One of the best things about owning a dog is getting wet, slobbery kisses from your pup when you need them the most – bad day at work, relationship issues, a friend meltdown.

But are these kisses doing more harm than good? Possibly. (Don’t shoot the messenger)

In an op-ed on The Wall Street Journal, Dr. Jane Sykes, the interim director of the Veterinary Medical Teaching Hospital at UC Davis, says there are indeed times when a dog’s smooches can harm us.

Related: Boy With Autism Kisses His Mom for the First Time Thanks to Rescued Pit Bull

Dogs slobber carries bugs (gross!), which can spread to us through kissing and licking. Some of the diseases that can be transmitted to us include campylobacter, a food-poison bacteria; giardia, which can cause diarrhea; and salmonella. More serious infections can be caused if a dog transfers the bacteria Capnocytophaga canimorsus, Pasteurella multocida or meningitis, according to Sykes.

People who are more likely to become infected from dog kisses include those under age of 5, over age of 65, a compromised immune system or are already ill.

While this seems scary, keep in mind the likelihood of a healthy person getting infected from kisses is very, very low. BUT the probability does increase if you allow your dog to lick an open wound. Other instances where there is an increased risk of infection include playing catch with your dog (a whole lot of slobber on the ball) and sleeping with your pup, as ticks and fleas can bite you.

Regardless of all this science, many people think of their dog as more than just a pet – between 14 and 62 percent of owners sleep with their dog – and the good tends to outweigh the bad, according to the outlet.

“For many people, the pet dog is viewed as a member of the family, and this behavior is normal and even comforting,” she told the WSJ, adding, “My dog licks my youngest kid on the face all the time, and I always say, ‘Just don’t let her lick you on the mouth and please go wash it off.'” 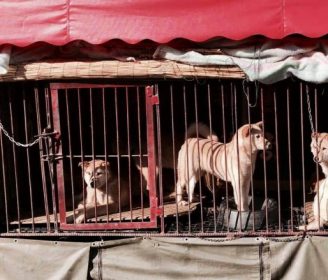