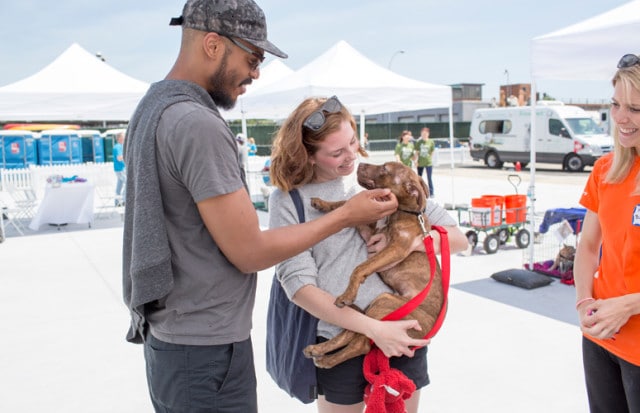 For the past six years, Best Friends Animal Society has been holding its Strut Your Mutt event, a charity dog walk, in New York City. But now the organization is looking to make an event bigger impact in the Big Apple. The nonprofit just announced it will have a physical location in SoHo come 2016.

The facility will be an adoption outlet and a “home-between-homes” center and will be supporting other animal-welfare groups and shelters in the area to help house New York City’s homeless animals.

Related: Emmy Rossum, Amanda Seyfried and Others Show Their Support at the Best Friends Super Adoption

“We’re opening this adoption center due to the significant need that Animal Care Centers of NYC places on the rescue community, and are thrilled to put down physical roots to further advance and support the city’s no-kill progress,” Gregory Castle, CEO of Best Friends Animal Society, said in a statement. “At its core, our center will be an exciting and innovative departure from traditional pet adoption facilities. We can’t wait to share the plans once we finalize blueprints and begin construction.”

Related: Best Friends’ Strut Your Mutt Is Looking to Raise a Ton of Money for New York City Shelters

This move comes after the Utah-based organization opened up a no-kill facility in Los Angeles. Best Friends states that “there are already more than 200 communities around the country that have adopted no-kill, but when the big guns like New York and Los Angeles become no-kill for pets, the rest of the nation will follow.”

This is just one step closer to the organization’s mission to “save them all.”