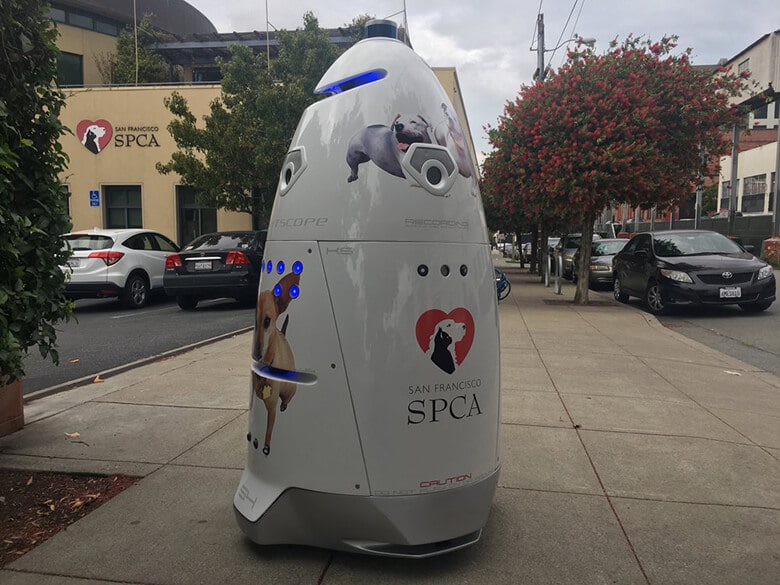 It seems like everywhere you turn artificial intelligence is being used – and discussed. Will our jobs be taken over by robots? Is it ethical to use AI in warfare? Do we need an algorithm to pick our music and movie choices?

AI has also infiltrated the dog world, with Sony recently bringing backs its robot dog Aibo for those loving the idea of having a dog, but aren’t ready to commit to a real four-legged friend.

Related: Can’t Get a Dog? Sony Just Released a Robotic Version That Chases Balls, Wags His Tail and Learns Tricks.

And now an animal shelter is using AI to help keep its premise secure.

The San Francisco SPCA is in a pilot program with Knightscope using a robot — fittingly named K9 — to patrol its property and make sure there is no funny business going on.

The robot is on-guard 24/7 at the SPCA’s Mission Campus, wheeling around its sidewalks and parking lot. 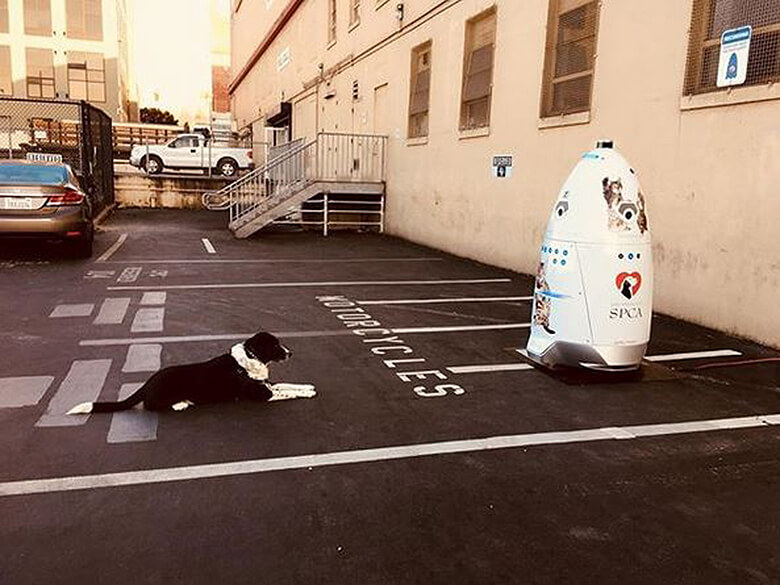 “To find suspicious activity the robot uses a variety of sensors, including a video camera, radar, air quality sensors and a microphone,” says Krista Maloney, the media relations manager at SF SPCA.

If it detects something out of the ordinary, the police are called.

“In the month that we’ve had the robot we’ve seen a significant decrease in graffiti, car break-ins and the number of encampments around our parking lot – these encampments have been a major safety and public health concern,” says Maloney.

She adds that the organization isn’t worried about K9 being messed with by hoodlums.

“The robot is incredibly sturdy,” says Maloney. “It can detect when someone is attempting to vandalize it and will sound an alarm. Additionally, the robot is recording 24/7, and evidence of vandalism or other crime will be sent to the San Francisco Police Department.” 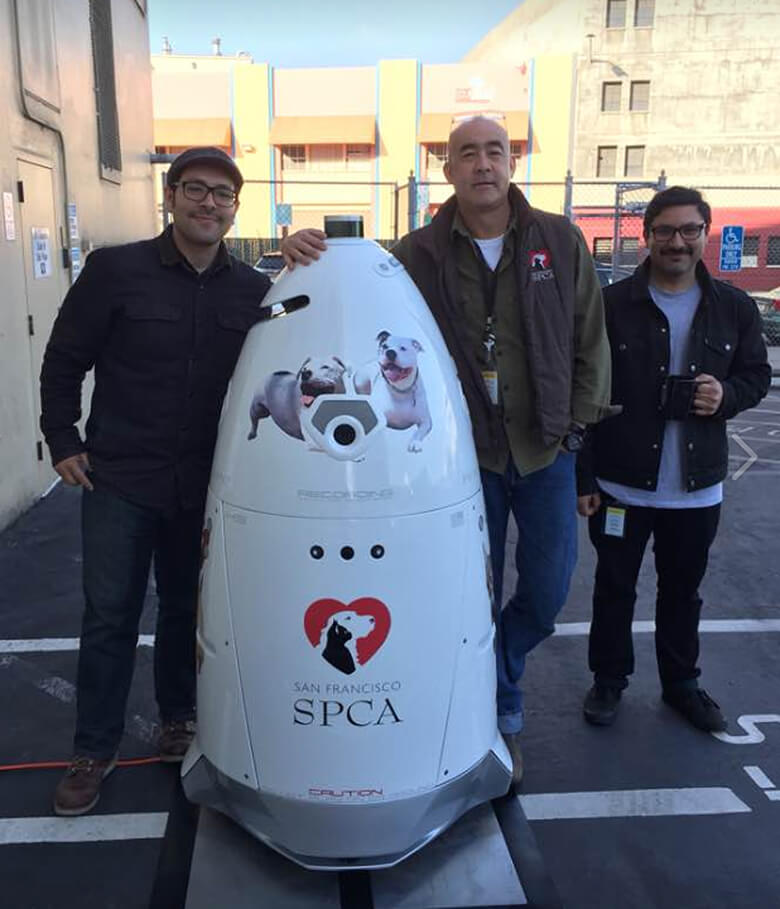 Related: People in Japan Are Holding Funerals for Their Dog Robots

While SF SPCA is happy with K9, not everyone feels that way.

Fran Taylor told the publication Mission Local that the robot did not go over well with her or her 60-pound dog, Ginger.

“Ginger went berserk, barking and leaping on the leash,” Taylor says. “My first thought was that this must be the obnoxious joke of some techie startup in the neighborhood, but then I noticed the painted chihuahuas and the SPCA name on it. I couldn’t believe my eyes!”

After shouting at it and instructing the SF SPCA to move it, K9 left Taylor and Fran alone.

“This robot was a total invasion of our space on the public sidewalk, and we were shocked that the SPCA of all places would be so insensitive to both the rights of pedestrians and the needs of the often traumatized dogs that typically fill that particular sidewalk,” Taylor wrote to the SPCA.

But according to Maloney, she seems to be in the minority. “We’ve found that the vast majority of dogs, as well as people, are either inquisitive or indifferent when they see the robot,” she says.

The robot will have a presence at the SF SPCA until the pilot period ends. The organization will then evaluate its effectiveness to see if it is a good fit.