Thanks to Anderson Cooper, a Norfolk, Virg. police department just got gifted protective wear for all the K9s on its team.

The donation happened after a heartbreaking incident occurred last Monday. The police department responded to an incident in which a man had barricaded himself in his home, while holding his wife hostage. After seven hours, the man came out of the home but refused to listen to police orders to drop his gun. The man opened fire and fatally shot the Norfolk police dog named Krijger.

Sources told The Virginian Pilot the dog would have likely survived if he had been wearing a Kevlar vest, similar to those used by military dogs.

Spike’s K9 Fund, an organization dedicated to helping military and police dogs, decided to launch a campaign in Krijger’s name to help the police department raise funds to equip their remaining dogs with Kevlar vests. It wasn’t going to be an easy fundraiser: the cost of each vest is $2,200 and the number of K9s on the unit was 18.

But then Anderson Cooper caught wind on the initiative, he decided to cover the ENTIRE cost. Cooper had interviewed Spike’s K9 Fund’s founder Jimmy Hatch, a retired SEAL and former military dog handler, back in 2009 and kept in touch. After Cooper saw a social-media post about the campaign, he decided to donate his speaking fee for his upcoming “Norfolk forum” lecture at Chrysler Hall and use it to purchase the vests. 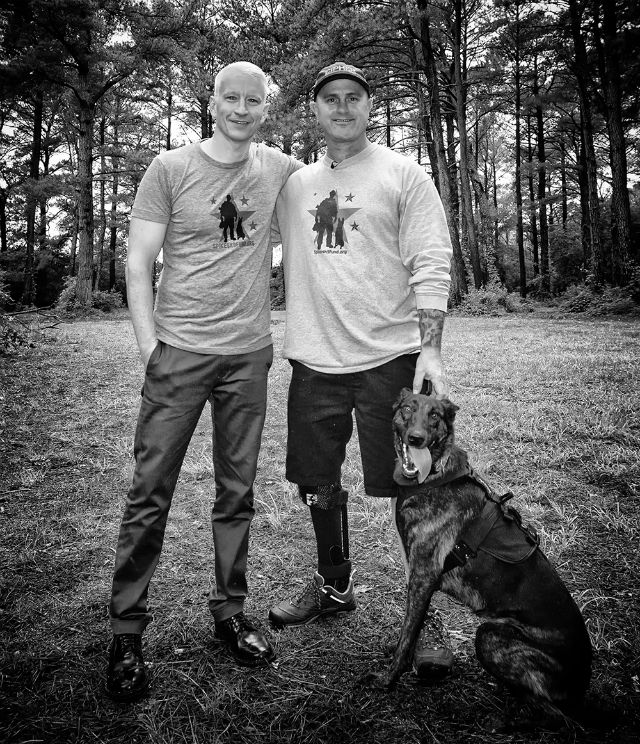 While exactly how much Cooper donated wasn’t provided, his donation did cover the cost of the 18 vests and there were funds left over to provide other departments K9 vests.

Cooper wasn’t keen on the publicity but Hatch wasn’t having it, telling the outlet, “I told him I was going to do it anyway. He’s such a good dude. And genuine.”