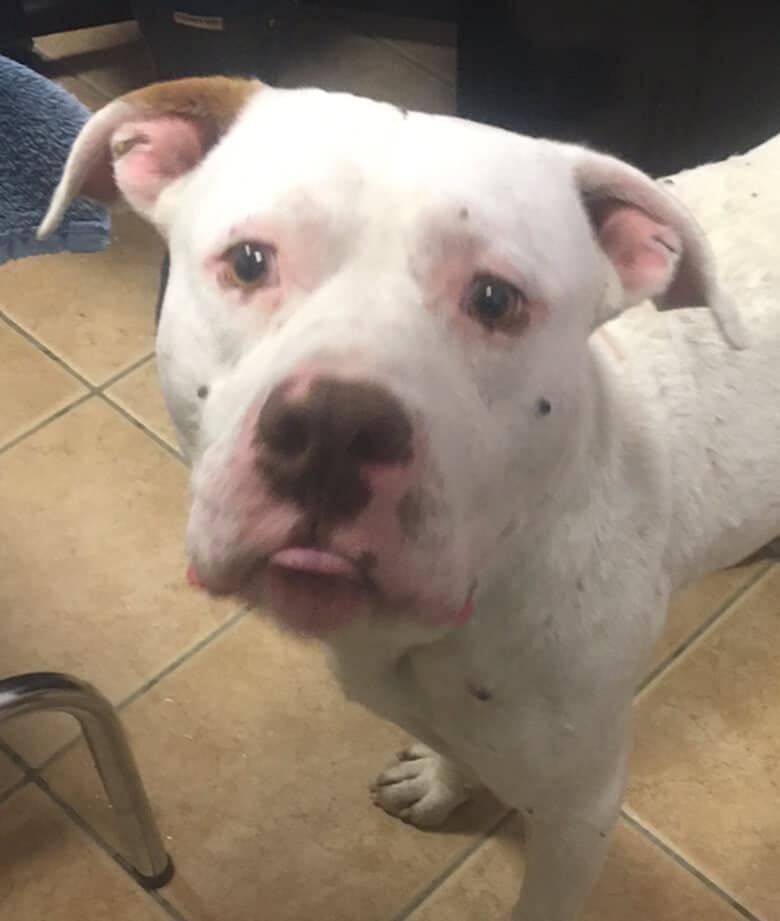 After nearly two years living in the wild with a pack of coyotes, a dog has finally been caught.

Now named Wiley, the 2-year-old stray dog was spotted about 18 months ago living among coyotes in Kingston, New York (about 100 miles north of New York City). 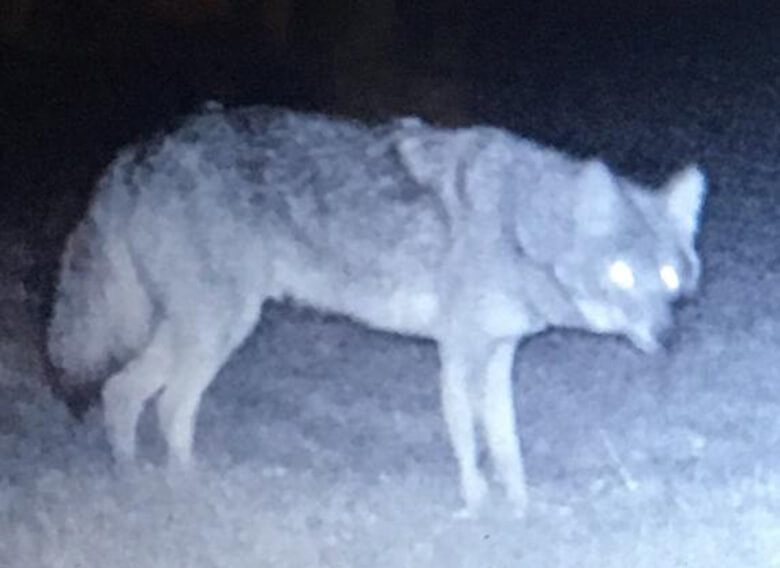 Locals would see and hear the pack in fields, on private property and near power lines — and they knew they needed to do something.The community “was shocked and concerned to see a dog interacting with coyote,” Nicole Asher, the founder of Buddha Dog Rescue & Recovery, who assisted in the capture of Wiley, tells This Dog’s Life.

While the dog wasn’t in imminent danger, everyone thought it was best to catch him.

“Even though he did not appear to be in danger, that could change very quickly in the hierarchy of a pack,” says Asher. “If he was a lost, dumped or a stray he deserved a better life and it was getting very cold.”

So, after being contacted by another rescue, Asher, known for her capture skills, began to devise a plan.

She first focused on getting Wiley to come to the same spot by setting out food, which was kibble mixed with high-value food: hot dogs and chicken. The feeding station, monitored by a camera, was near where Wiley had been sighted and was easily accessible. “Once they find the food source 9 times out of 10 they will return to that food source,” says Asher.

And low and behold the very first night, he showed up, along with his coyote friends. It just took two nights for Wiley to be caught.

The capture of Wiley from Buddha Dog Rescue & Recovery on Vimeo.

At first, having lived in the wild for  years, Wiley was rightfully scared. 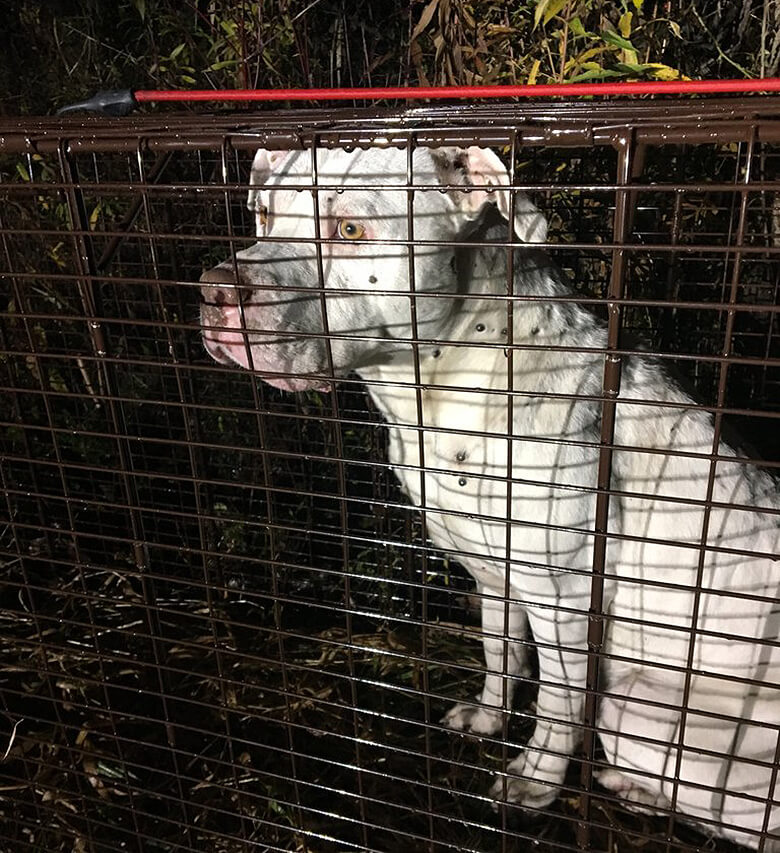 “He was frightened, barking and growling, but this is very common as they are simply frightened and not necessarily aggressive,” says Asher. “When he was out of the trap, although still frightened and unsure, he quickly warmed up and realized that we were there to help him. He sat up against me, leaning on me and even gave a few kisses.” 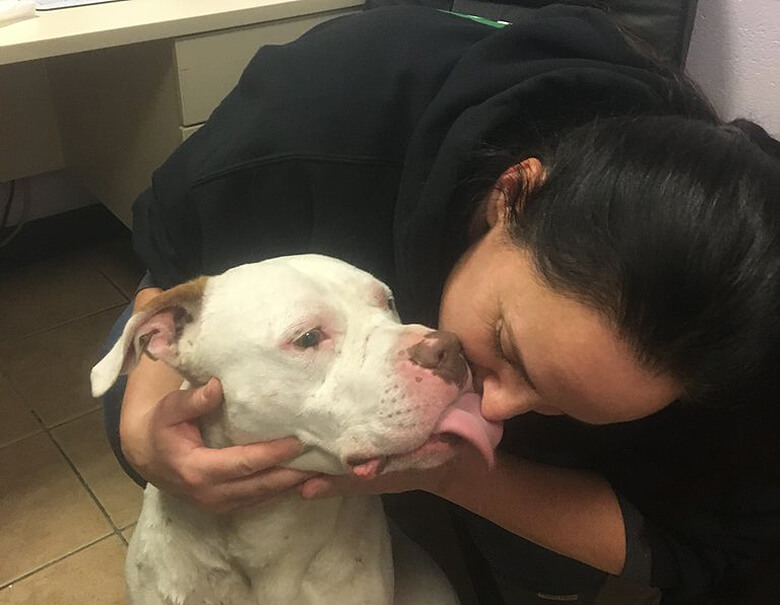 Asher took Wiley (fittingly names after the coyote Wile E. in the Looney Tunes series) to the vet where he was examined. Not only was he dirty and thin, but was covered in hundreds of ticks. He also tested positive for Lyme disease and Anaplasmosis, another tick disease. Both, fortunately, are easily treatable. 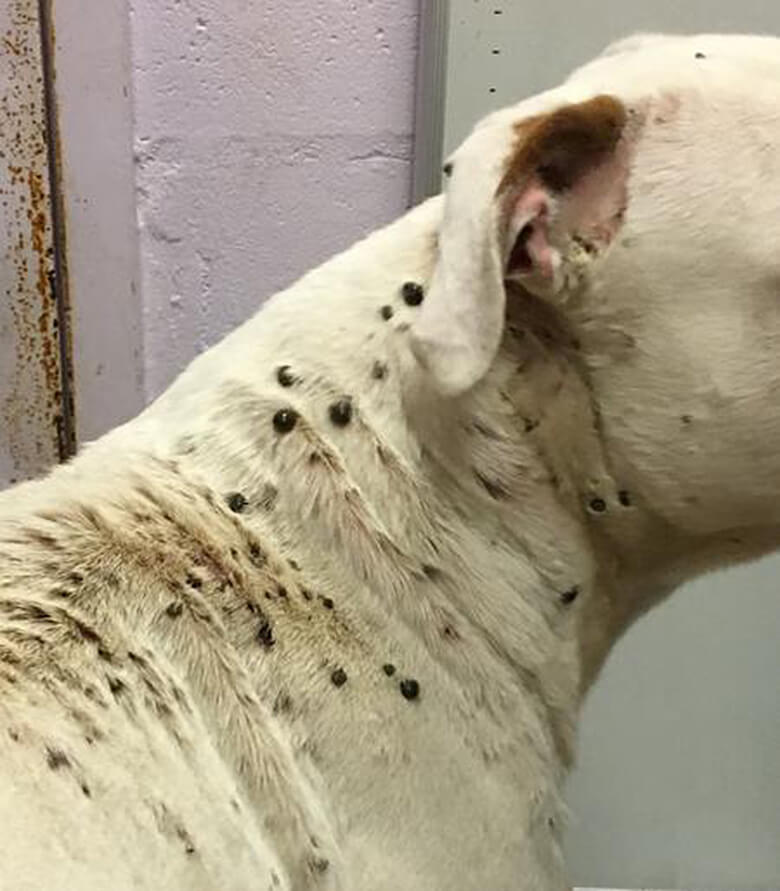 Wiley wasn’t microchipped and Asher spent her time trying to track down his owner by looking at various forums and groups online to see if there was report of a lost dog fitting his description. She turned up nothing.

So, now Wiley is currently at The Ramapo Bergen Animal Refuge, a shelter in Oakland, NJ.

“He loves people and is a big ole marshmallow, love bug,” says Asher. “He loves everyone he meets.” 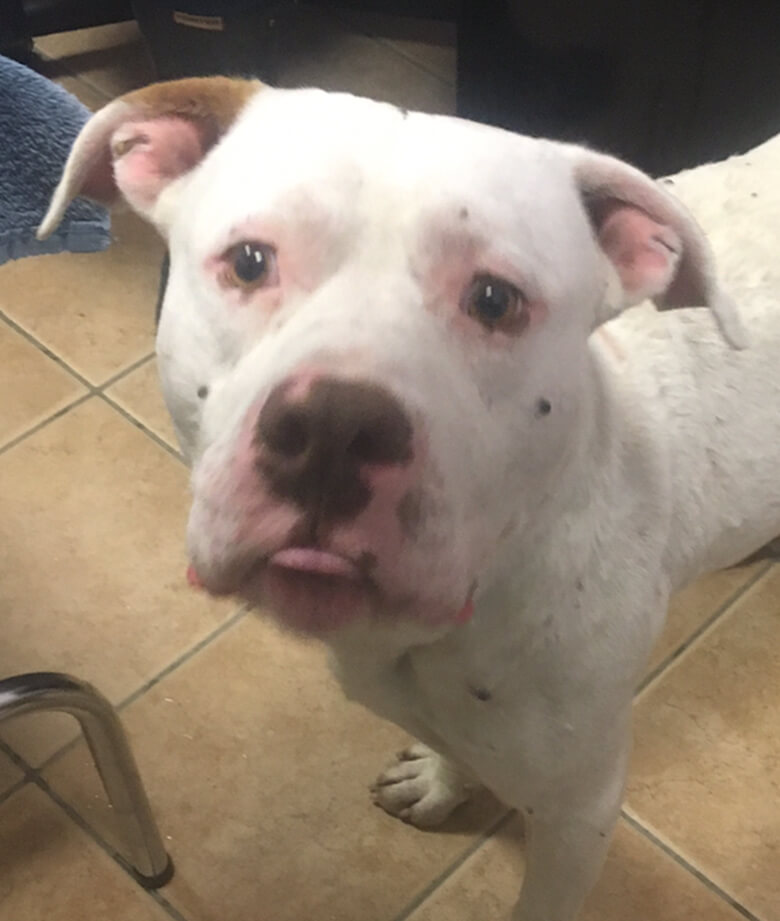 His new family will need to be experienced, dedicate time to him, have a fenced in yard and ensure he is never off-leash.