A cheetah named Kumbali was born in the Metro Richmond Zoo in Virginia, but unfortunately, for this cute little guy, his mother wasn’t producing enough milk for him and his litter mates, causing him to be malnourished.

So the staff took over, bottle feeding the cat. Little by little, he gained weight and his motor skills improved. Now fed on a mostly meat diet, Kumbali could not be reunited with his mom and brothers, as he may be considered a threat by his mother. This is where a Labrador mix puppy stepped in.

In the wild, male cheetahs are considered social animals, forming bonds with other males, often their brothers. So, to ensure Kumbail wouldn’t be lonely, the zoo rescued a pup, who was originally in a high-kill shelter in Alabama, and hoped the two would get along.

Related: Therapy Dog and Rat Have Quite the Special Friendship

“After slowly introducing the two, they quickly assumed the title of friends. Now Kumbali can jump, run, lick, and play with his pal Kago,” the zoo writes. “They don’t even seem to recognize their differences in species, size, or color. There is only acceptance.” 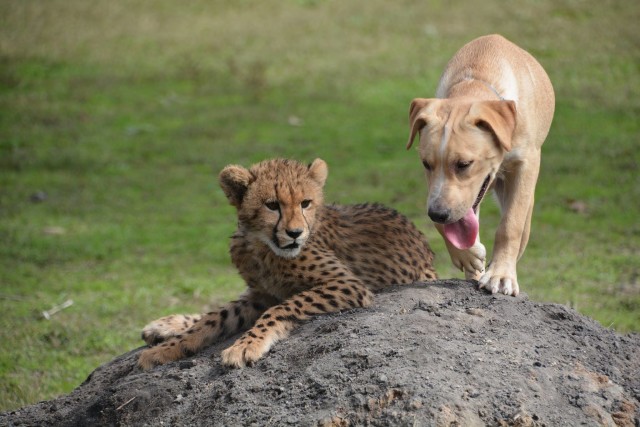 This sort of mixed-species friendship isn’t as unusual as you may think. First pioneered by the San Diego Zoo 30 years ago, dogs have been used to help cheetahs be more comfortable in their own skin.

“The dog has a calming influence because the cheetah will take behavioral cues from the dog– learning not to fear his surroundings, but instead embracing them with confidence,” the zoo states. “The dog normally becomes the dominant figure in the relationship by becoming the protector and leader. The cheetah will not hurt or kill his friend.”

In terms of what will happen to Kago and Kumbali, there are a few different scenerious. They could be life-long friends, Kumbali could be reintroduced to his brothers and Kago get adopted by the  Zoo Director’s family as a personal dog or Kago could become another cheetah’s companion, if needed. Guess you will have to wait and see. In the meantime, here is a cute video of the two. 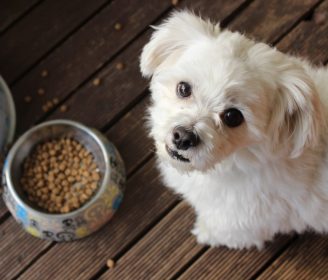 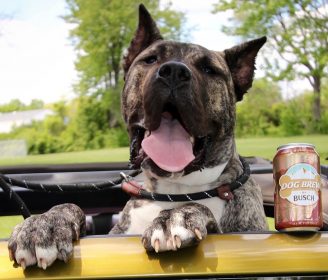