A Dog Has Predicted Every NFL Playoff Winner. How Will She Do With the Super Bowl?

While you place your bets on who is going to win the upcoming Super Bowl, you should hope you are as lucky as one Pittsburgh dog.

Named Yowie, the Australian cattle dog, has successfully predicted every NFL playoff game this season — and today, she just chose who will win the Super Bowl.

On the Today Show, the 10-year-old dog chose the Falcons to be the 2017 champion. And if her past record is any indication, Atanta will be celebrating.

During the playoffs,  Yowie’s owner, Jeffrey Smee, documented the dog sitting on artificial grass, with flags, representing the teams playing in the game, and two bowls filled with treats. 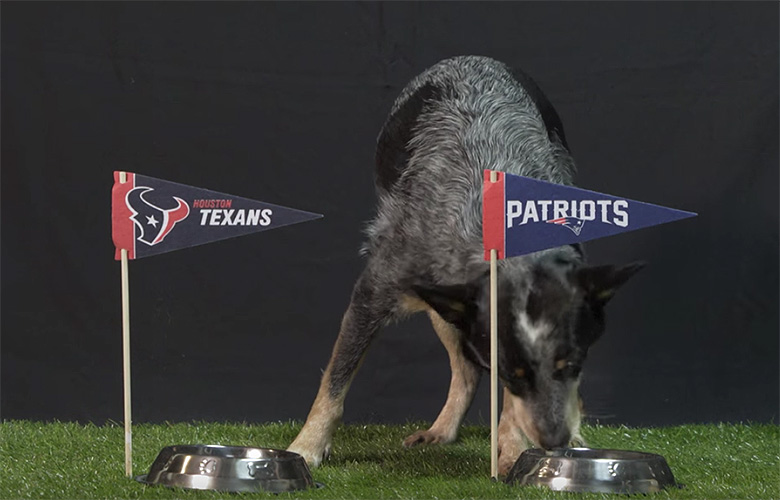 Shot before the playoffs, Yowie is seen over and over again eating out of the bowl of the winner.

“On Jan. 3, 2017, Yowie released her first round of NFL playoff predictions,” says a message within the video, “and her predictions were 100 percent accurate.”

Check out all her wins on Smee’s channel. Here is her prediction for all the winners in one video.