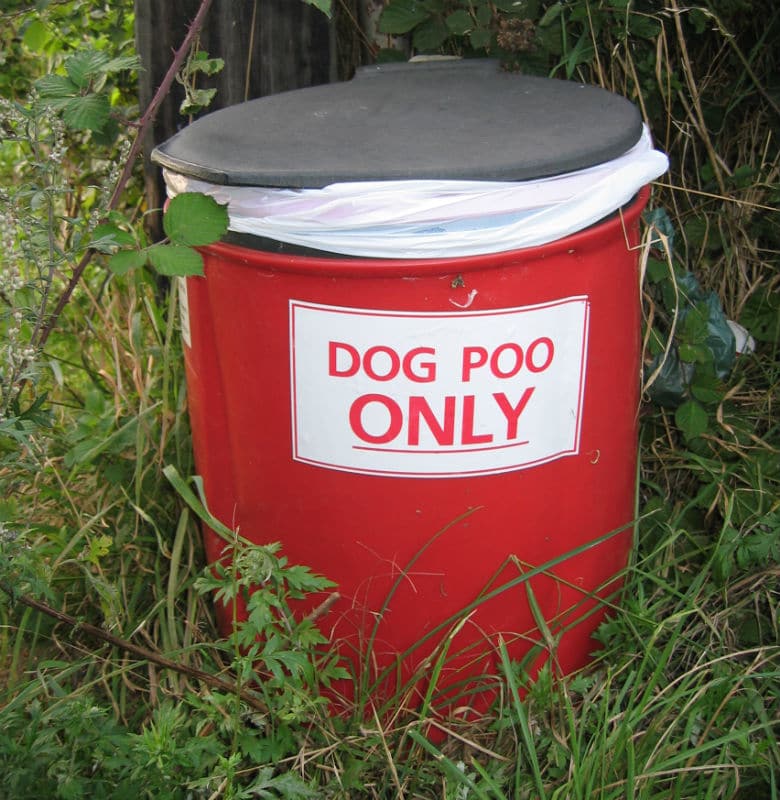 The dog run near Williamsburg’s East River State Park now has two compost bins for dog owners to use. But it isn’t for dog bags to be thrown in. Rather, officials are wanting owners to scoop their pup’s poop and scrape it into these bins, so they can use it to fertilize the flowers in the vicinity.

Officials will frequent the bins and add untreated sawdust to the poop to neutralize the smell. They will then transport the mix to another container, in which it will be cooked and cured before spreading it on gardens and shrubbery throughout the park.

Related: Come to the Place Where Your Dog Can Do This

“We figured we can use something people don’t want and turn it into something great,” Leslie Wright, the regional director of state parks in New York City, told the New York Post. She estimates the cost of the program to be $2,000.

According to Wright, Williamsburg’s East River State Park is only the third in the nation to use dog poop as fertilizer, with the other two being Denali National Park in Alaska and Robert H. Treman State Park in upstate New York.

While much of the progressive community is receptive to using poop as an organic way to fertilize the park’s vegetation, not all people are excited for it.

“Just why? The [dog-run] entrance is so stinky and nasty. I’d rather not bring my dog there. Plus, I like using plastic bags and they don’t provide them for you,” Luis Hernandes, owner of a Rottweiler, told the outlet.

Besides the poop receptacles, the new dog run also has water fountains for pups, rocks for dogs to climb on, seating for owners in shaded areas and two different play areas for small and large dogs.

The dog run addition came after the community of owners requesting it, as the nearby McCarren park tends to be always be crowded. According to Brooklyn Paper, in 2013, Councilman Steve Levin agreed to earmark $450,000 for the project and the state added an additional $250,000. Initially, they were going to put the dog run in Williamsburg’s East River State but then discovered state parks don’t permit dogs. So, they built it in the Bushwick Inlet Park.

Related: Running Paws: For Dogs That Aren’t Okay With Just a Walk