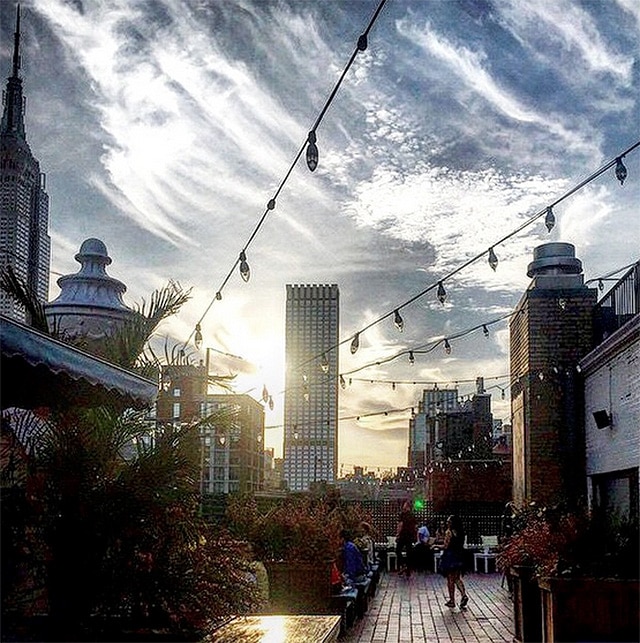 Rooftops are a hot – and rare – commodity. So when a dog rescue organization decides to have a rooftop party for you and your pup overlooking the Empire State Building, it is kind of a can’t-miss event.

The Humane Society of New York is throwing its “Raise the Woof” sunset soiree at the Shelburne Hotel on July 12th from 5:30 to 8 pm.

Hosted by Royce The Frenchie, guests will enjoy chilled wine and pass-around snacks while taking in stunning views of the city. There will also be a raffle, including a Cornelia Guest cruelty-free handbag, along with music and dancing. Plus, there will also be a Splash & Shake inflatable pool for dogs to take a dip in and cool off and StylePup (great New York City photographer) will be working the crowd to capture shots of you and your dog. For those that decide to upgrade their ticket purchase and go VIP (as in Very Important Pup), they will get to hang out in the Lazy Bonezz VIPPaws lounge.

Related: How Having a Dog Made These Famous People’s Lives Better

Proceeds from the event will go to The Humane Society of New York. As executive director Sandra DeFeo told us, the organization, which started in 1904, helps more than 38,000 animals (dogs, cats and exotics) annually and these funds will continue supporting the effort.

Among the many that The Humane Society of New York has assisted, DeFeo tells us she is so proud of what they did for Little Lowell, a small terrier mix that was found on the streets of New York. Dehydrated, malnourished and having an awful odor that people could smell 10 feet away, the dog was abandoned on the street in a small, dirty carrier. Brought to them by the police, The Humane Society of New York took him under its wings.

“He was critically ill and his recovery was long and slow, following many surgeries and rehabilitation,” she says. “Placing him in a loving home where he will be safe and cared for was a highlight for our entire organization.”

And this year, they will be able take on more of these special cases as the nonprofit hired a surgeon that performs orthopedic and specialty surgeries.

General tickets are $35 and VIP tickes $50 (includes access to the lounge, two raffle entries and a goodie bag) Both types allow for people to bring one pup for free. Here is where you can purchase tickets.