PRESS ESC TO CLOSE
Lifestyle > City Guides > One L.A. Comic Is Standing Up for Pit Bulls, Both On and Off the Stage 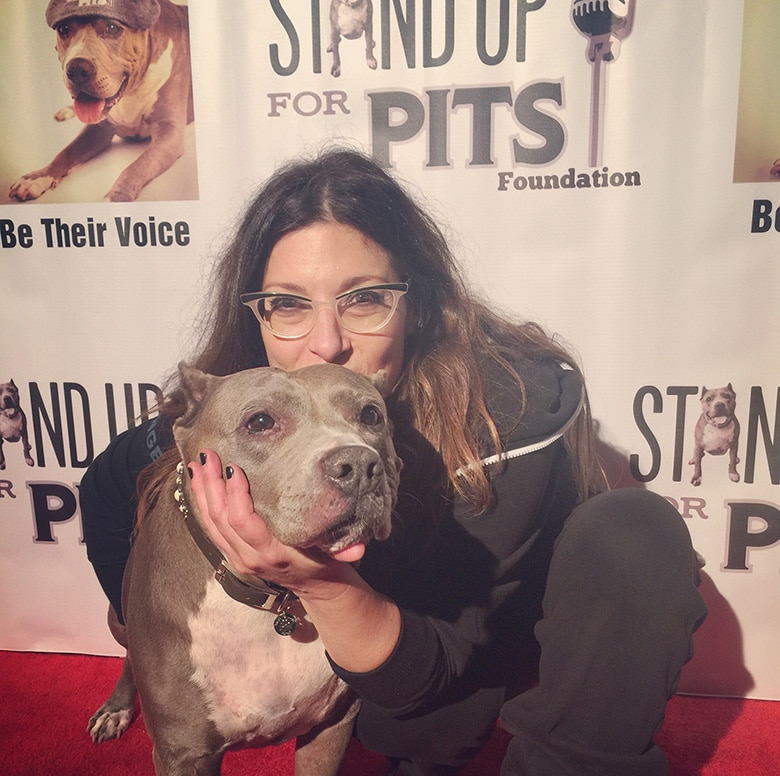 It’s been said that comedy equals tragedy plus time. For one Los Angeles-based comic, there’s no time like the present to fight against the abuse and discrimination pit bull “type” dogs face, bringing awareness to their plight with the power of humor, and a lot of hard work.

Actress, writer and comedian Rebecca Corry has been in the business of entertaining others for more than 25 years. Despite her many professional accomplishments, which include a Comedy Central Presents episode of her own, it wasn’t until one chance encounter almost eight years ago with a pit bull named Angel that she would find her true purpose in life.

“Angel inspires me every day to educate, advocate, and save the lives of inherently good dogs who have been wrongly vilified for over three decades,” Corry says, of her adopted companion Angel, who was initially a stray in Los Angeles. Overbred and filthy when she was found, with poorly home-cropped ears and chemical burns along her back, Angel’s kind and trusting disposition inspired Corry to use her voice as a comic to speak for the voiceless. 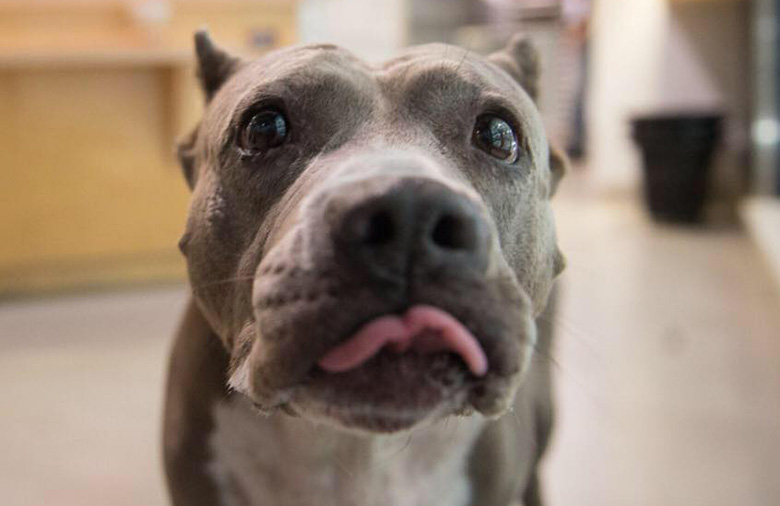 “Six years ago I started producing events which would raise money and awareness for pit bull-type dog nonprofits,” says Corry. These events, called Stand Up For Pits, grew in size and support over the years, and now include an eight-city tour across the U.S., the most recent of which is set to begin in New York City on May 1, 2016. (It has sold out.) The events include performances by comedians, with past performers including Adam Sandler, Rosie O’ Donnell, David Spade and Whitney Cummings, along with silent auctions, donation drive merchandise for sale. Until recently, her “velvet hippo,” as she affectionately referred to Angel, remained right there by her side along the way. However on April 2, Angel succumbed to cancer, but her legacy lives on. 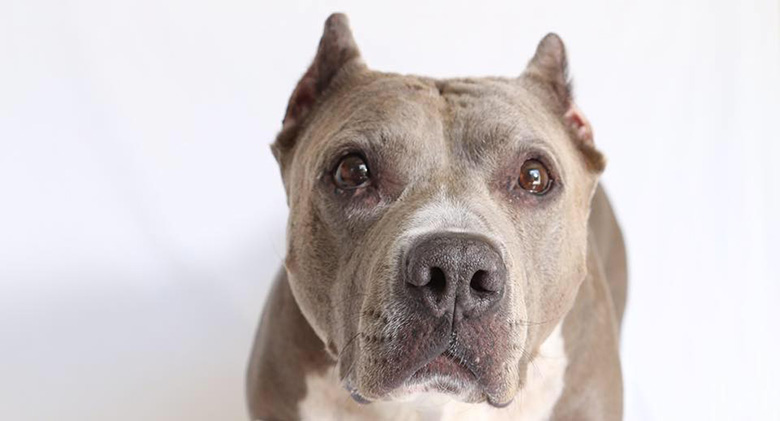 Inspired by the impact these shows make for millions of bully breeds dogs everywhere, Corry’s efforts would eventually grow to become the Stand Up For Pits Foundation (SUFP) in 2013, a non-profit organization dedicated to saving the lives of pit bull-type dogs.

The foundation has one mission, carried out in two, equally important parts: to help and care for bully breeds and advocate for them.

Stand Up For Pits works to place pit bull-type dogs in safe homes all across the country and does so through various resources — from providing grants to rescue organizations to assisting with high-cost medical funds that may, quite literally, save a pit bull’s life.

The group also funds and operates a dogfighting tip line, which serves more than 10 million residents of Los Angeles county. “Dog fighters and abusers don’t take days off and neither do we,” says Corry. “There is always something to be done.”

While placing these marginalized lives in safe hands is nothing short of miraculous, educating their two-legged counterparts is an entirely different undertaking. “The hardest part about saving dogs is humans,” says Corry. “If humans were more like dogs, we wouldn’t be facing any of these issues.” 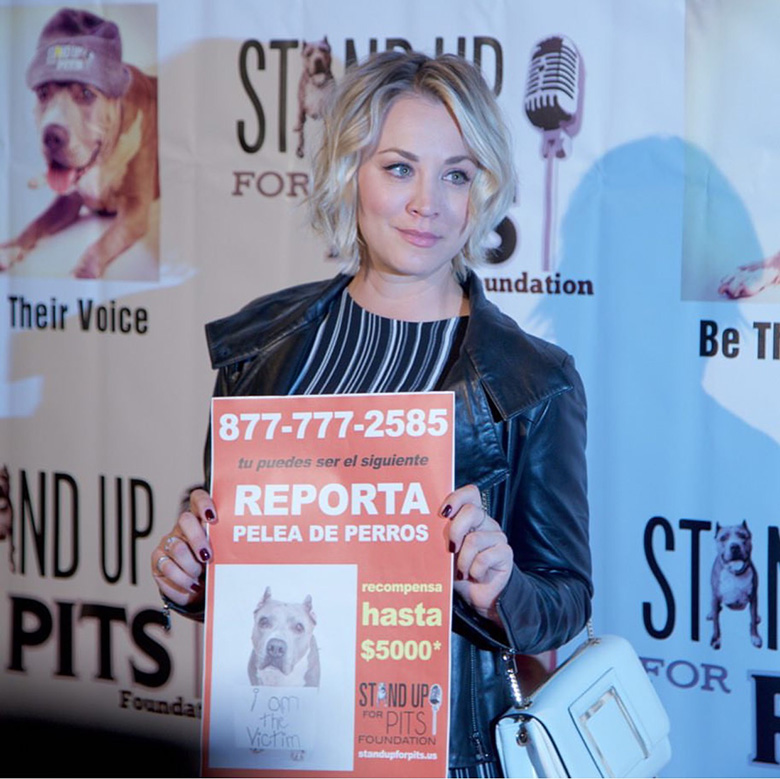 Stand Up for Pits event

From media outlets sensationalizing the breed in an effort to sell news to city officials and lawmakers passing breed-specific legislation (BSL) — which continues to classify and condemn the mere idea of a certain dog based solely on how it looks (hence the term “pit bull-type”) — Corry and company are well aware that improving the treatment of these furry friends relies on changing the public’s perception, as well as holding the true monsters, the abusers, responsible for their actions. “The horrendous abuse and discrimination dogs labeled pit bull ‘type’ dogs endure at the hands of humans is intolerable, ignorant and a direct reflection of a very broken society,” Corry adds.

In an effort to begin fixing what’s broken, the Stand Up For Pits Foundation thinks big and aims high. “To blame and ban the victims, to perpetuate fear-based hate and to murder innocent, voiceless lives must stop, and I intend to continue doing all I can until it does,” Corry says. In 2014, she and thousands of others raised awareness for bully breeds everywhere with the One Million PIBBLE March, an event demanding to end the discrimination and abuse of pit bulls, along with creating a safer space for all dogs in our society. 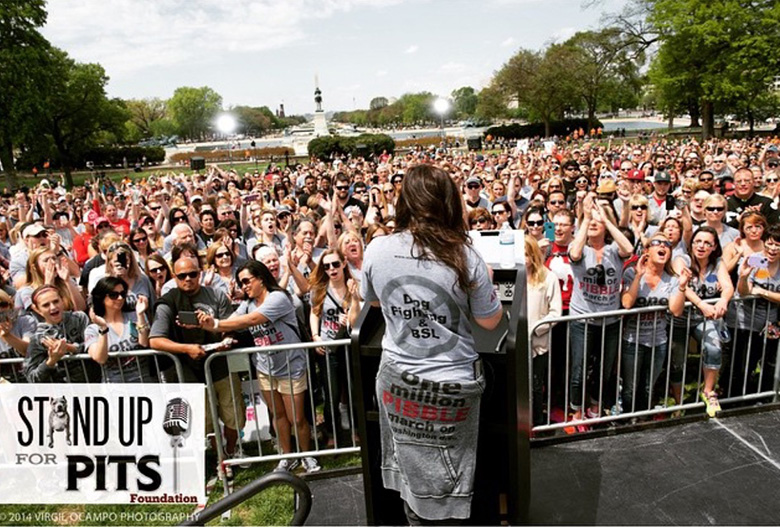 Despite the huge strides made by Corry and the foundation she’s worked to build, the comic remains humble and grateful for the opportunity to serve as an agent of change for the millions of misunderstood pit bulls and pit bull-type dogs out there in need of an ally. “Every person educated, every dollar raised, every dog, group, individual or foundation helped, every story printed with facts and truth is a success,” Corry states. Whether marching in Washington, gathering supplies for a local shelter, or raising money and awareness for an amazing cause through the power of laughter, Corry insists that every effort makes an impact. “There is no one success bigger than another for me.” 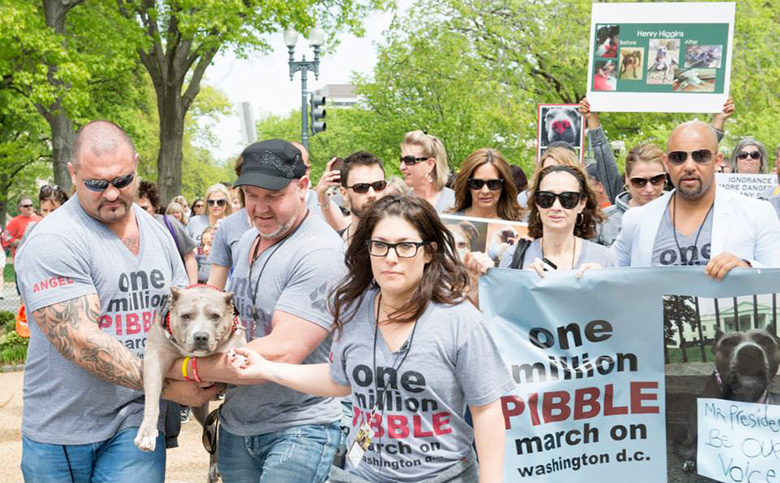 What was meant to be a temporary foster situation has grown into a loving and mutually beneficial relationship for the hard working comedian and activist. “It was, and always will be, Angel who inspired Stand Up For Pits, and all the SUFP Foundation does,” Corry explains. “I am honored and lucky to be owned by her, and she is the greatest teacher I have ever known.” 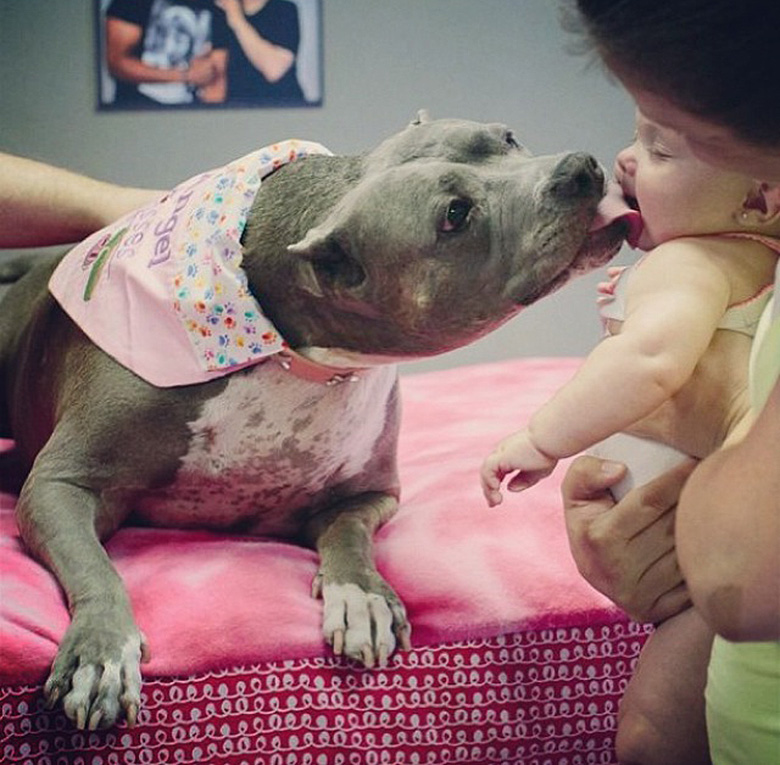 To learn more about the Stand Up For Pits Foundation, or to check out dates for the upcoming tour, please visit standupforpits.us.

Related: Letter to Former Owner Thanks Him for ‘Raising Such an Awesome Meatball of a Dog’