PRESS ESC TO CLOSE
Lifestyle > Culture > Bowser Beer Lets Your Dog Enjoy a Cold One, Too 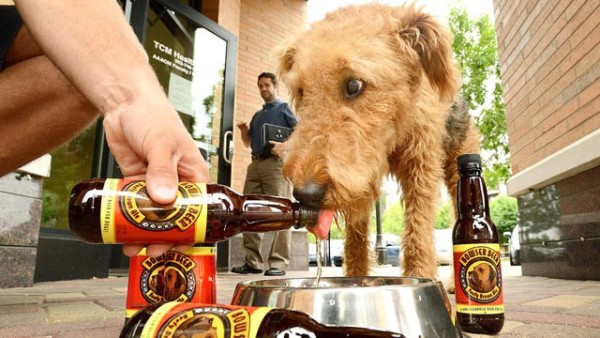 When two friends want to hang out, it’s common to chat over some beers. And since dogs are man’s best friend, it makes sense why Jenny Brown launched Bowser Beer, a non-alcoholic, non-carbonated drink for dogs. Yes, you heard correctly, a beer for dogs.

Having spent her previous career in IT, Brown made the dramatic switch to dog beer in 2007, building on her success at a farmers’ market in Alexandria, Va. At first, she made a pretzel treat for dogs, Bowser Bits, which were a hit. When Brown then signed up to sell her product at a local pet expo, she thought that beer would go well with pretzels, so she made a prototype using her own dogs as taste testers. Sure enough, Brown sold out of the beer at the expo and from there her company took off.

The beer comes in two varieties: one with a chicken broth base and the other with beef broth. And no, this isn’t your typical store-bought broth.

“I’ve heard people say I can just put beef broth on their dinner but commercial beef broth has a ton of salt and MSG, and I have no idea where that meat comes from and what kind of meat it is,” says Brown. “We make it from scratch, so we don’t add any of that extra stuff. We’re very transparent about what we put in our product.” Some of the other ingredients include Vitamin B, glucosamine and barley. And of course, there are no hops in the beer, which can be toxic to dogs.

The delicious goods are packed into a 12-ounce bottle, with a resemblance to human beer. All the ingredients are U.S. made with the bottling done in Florida.

Some owners will serve their pups the beer straight up while others will pour it over dog food, mix it with pumpkin or even freeze it into ice cubes to flavor water.

While the Seattle-based business’s initial launch was a success, it wasn’t all gravy. As the recession started to hit retail stores between 2009 and 2011, some of the pet stores where she sold her product ended up closing. But Brown has bounced back, making inroads with hundreds of different locations for distribution across the U.S. and expanding beyond the standard shops to include everything from the Brookfield Zoo outside of Chicago to BarkBox, a subscription service for dog products, and a nano-brewery near Seattle. The craft beer industry is one that Brown is especially focused on, as many are dog-friendly, and she sees her product as complementary.

And fortunately for Brown, the opportunities to expand are large. Americans spent $2.6 billion on dog treats in 2013 and $560 million on cat treats, according to Pet Food Institute, a group that represents the dog and cat food industry.

Some of her successes include becoming the official dog beer of Rock & Brews restaurants, a small chain that started in the Los Angeles area and has KISS front men Gene Simmons and Paul Stanley as partners.

Other food-establishments have taken their relationship with Bowser Beer one step further by customizing the beer labels. For example, the owners of LoKal, a burger and beer joint in Miami Beach use the image of their own dog on the bottles sold at the restaurant. 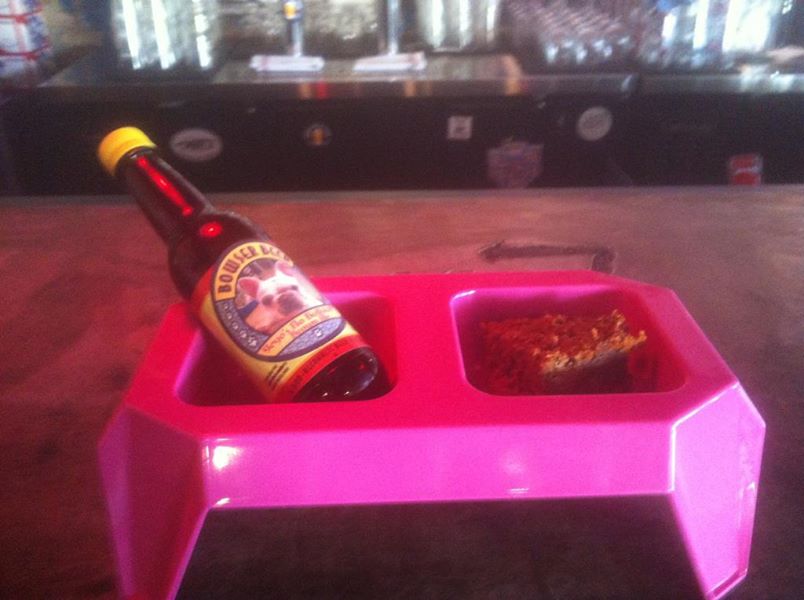 As Brown tries to grow the company further, she’s working on more export-friendly products, since the meat in the brew makes it harder to pass through customs. She’s also planning to launch a pork-flavored beer and has even recently started a custom label called Meowser Beer, since cats like the product, too.

So how many bones will Bowser Beer set you back? A six-pack will cost you about $20. (Yes, that means your spoiled dog may be guzzling a beer more expensive than your Bud.) Though when sold individually at a restaurant it tends to be more in-line with beer prices, such as the $5 cost at LoKal.

So next time you crack open a cold one and see your canine sidekick looking up at you with those puppy-dog eyes, know that your dog can join in on the fun too.

Jake Safane is a journalist living in Manhattan and a Boston University alum (Class of 2011). He's always been a dog-lover, having grown up with a Bichon Frisé, being a dog walker in college and now his family has an adorable Standard Poodle, Simon.